BOSTON (AP) — The Boston Celtics’ transition from a team that went from sitting just outside the top tier of the Eastern Conference to being four wins away from the franchise’s 18th championship began the moment Ime Udoka grasped the microphone at his introductory news conference last June.

Flanked by the Celtics’ co-owners and new president of basketball operations Brad Stevens, the first-time coach was asked what kind of stamp he hoped to put on his new team.

A smile on his face, Udoka didn’t hesitate to point out a shortcoming of his predecessor and new boss.

“We want to have a well-rounded team. I looked at the numbers overall, sorry to mention this Brad, but 27th in assists last year — we want to have more team basketball there,” Udoka said.

A year later, his pledge to build a culture on sharing the ball, accountability and gritty defense is no longer just an aspiration.

It’s the foundation of a team that’s back in the NBA Finals for the first time since 2010 and has Udoka on the cusp of becoming just the 10th coach to win a title in his first season.

Tyronn Lue (2016 Cleveland Cavaliers) is on that list, while Hall of Famer Bill Russell just missed it, winning the first of back-to-back titles his second season as a player-coach with Boston in 1968.

Like Udoka, who is of Nigerian descent, they are both Black coaches who carved their places in a league in which coaches of color have often had to wait for opportunities on the sideline.

That is even more underlined in a city like Boston with its complicated racial history, where Udoka can also join Russell, Doc Rivers (2008) and K.C. Jones (1984, 1986) as Black coaches to raise the Larry O’Brien Trophy.

It took a while for Udoka’s first team to buy in after typical challenges like injuries were complicated more by unexpected absences due to COVID-19. It added up to a team that was nowhere close to playoff bound following a buzzer-beating loss to the New York Knicks on Jan. 6, dropping the Celtics to an 18-21 record and 11th place in the Eastern Conference.

But following a 33-10 run to close the regular season, and wins over the Brooklyn Nets, defending champion Milwaukee Bucks and top-seeded Miami Heat in the first three rounds of the playoffs, here the Celtics are clearly a team built in Udoka’s image and driven by his leadership.

“He’s taught us things that we could learn and we taught him things,” point guard Marcus Smart said. “We knew that him being his first time, it wasn’t going to be easy. It was going to be hard. That’s just how it is, and that’s just the team we are, and that’s the mentality we picked up from him. … When you’ve got a coach like that, it’s kind of hard not to follow.”

Udoka has benefited from what he heard from core players like Jayson Tatum, Jaylen Brown, Smart and even veteran Al Horford, who early on expressed a desire to be pushed and called out if necessary.

It happened on multiple occasions. After a Nov. 1 home loss to Chicago in which Boston surrendered a 19-point lead — one of several big leads the Celtics blew in the first half of the season — Smart, the team’s longest-tenured player, called out Tatum and Brown for their unwillingness to pass the ball at times.

The comments prompted a players-only meeting soon after that loss, but Udoka also backed up Smart’s comments days later.

It led to uncomfortable conversations in the locker room, but Udoka said it was also one of the moments that ultimately fueled their turnaround.

“I challenged their mental toughness. Some people liked it, some people didn’t,” he said. “The team responded as they have all year. And we really said let’s stop messing around and giving up these leads because we had lost two or three 19-point leads and lost some games to Cleveland, Milwaukee on Christmas and Chicago earlier and then that New York game. … I got tired of it. The team got tired of it.”

From then on, players-only meetings weren’t reserved just for low points but have been pushed by the coaching staff to create a more open dialogue.

Udoka has also benefited from a first-time executive in Stevens who made necessary roster changes, while resisting others.

He notably changed up the roster at the trade deadline, dealing seven players, including guards Dennis Schröder, Josh Richardson and big man Enes Freedom, along with a 2022 first-round pick, and netting the Celtics guard Derrick White and center Daniel Theis.

It underscored a proclamation Udoka made when he took the job. That the point guard duties would be in the hands of Smart, who had waited patiently for his chance to be the definitive starter since his rookie season in 2014-15. Along the way the Celtics brought in All-Stars like Kyrie Irving and Kemba Walker. It turns out, Smart was the point guard they always needed.

That decision was validated by Smart being named the league’s defensive player of the year this season.

As the Celtics prepare to return to the Finals, Udoka is adamant that this group hasn’t reached its peak.

Moments before he addressed the team in the locker room after clinching the conference title, he noticed the players grinning and all clutching water bottles.

“What’s that?” he asked. “We already did the water bottle thing earlier in the year.”

The team showered him with water, anyway, refusing to allow their coach to dodge enjoying the moment, if only for a second.

As Udoka stood dripping wet, the widest of smiles on his face, he quickly refocused his team’s attention to its unfinished task.

“First of all, we don’t hang banners for Eastern Conference championships in this organization,” Udoka said. “So ain’t no need for the water celebration. We’ve got bigger plans.” 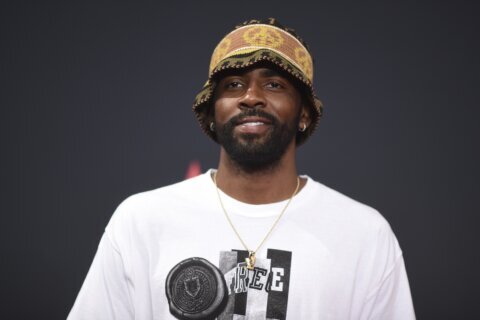 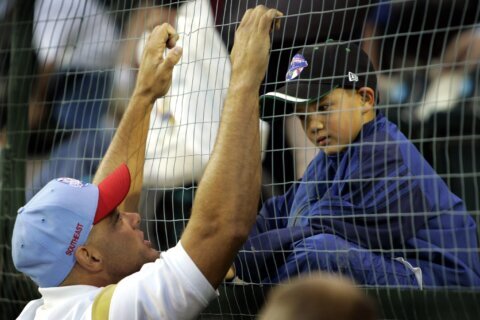