Green looks to make impact for Warriors even without scoring

SAN FRANCISCO (AP) — When the Golden State Warriors made their fourth-quarter push to get back into the NBA Finals,…
Listen now to WTOP News WTOP.com | Alexa | Google Home | WTOP App | 103.5 FM

SAN FRANCISCO (AP) — When the Golden State Warriors made their fourth-quarter push to get back into the NBA Finals, Draymond Green had the unusual role as spectator.

The versatile Green, who has been one of the stalwarts of Golden State’s dynasty, got pulled in crunch time of Game 4 in what was both a shocking — and effective — decision by coach Steve Kerr.

Now with the series shifting back to California tied heading into Game 5 on Monday night, Kerr said he has no concerns about what he’ll get out of Green the rest of the way.

“Draymond is Draymond. He’s going to bring it every night,” Kerr said Sunday. “I think the thing that maybe got lost the other night is how good he was down the stretch. He ends up in the game with four steals. He was brilliant defensively. He did what we needed to do to win the game.”

Green said he wasn’t “thrilled” by Kerr’s decision in Game 4 on Friday night in Boston to send him to the bench with the Warriors down four points with 7:32 to play.

Green returned with 3:41 to play and the Warriors ahead 97-94, then shuttled in and out with Poole as Kerr mostly used Green when Golden State was on defense. The plan worked and Golden State won 107-97 to tie the series at two games apiece.

“I think I made an impact on the game the whole game,” Green said. “I think you can get caught up in everything that’s going around, but those that watch and understand basketball, I made an impact the entire game. So I don’t think there was a switch last couple minutes.”

Green has been one of the key cogs on the Warriors ever since Kerr arrived in the 2014-15 season and immediately elevated Green into a starting role ahead of Andre Iguodala.

Kerr has had to tinker more with his lineups this year instead of finding which center — if any — worked best with his stars.

“This feels a little bit different this year,” Kerr said. “There’s been a little bit more mixing and matching. Really proud of the group, everybody, for staying ready and staying prepared and not allowing that to sort of change and alterations from game to game to bother them.”

While Green has remained a defensive stalwart, his offensive game his fallen off as he has almost stopped taking 3-pointers and rarely even looks for his shot.

Green scored just four points on 2-for-11 shooting for the two games in Boston but did contribute nine rebounds, eight assists and four steals in Game 4.

Green is shooting just 23% in the series and averaging 4.3 points, leading Kerr to go with Looney in his place in key moments when he only wanted one non-shooter on the court.

If the Warriors are going to take two more games and win a fourth championship during this run, they likely will need to find more offensive help for Curry.

Curry has scored 32.5% of Golden State’s points this series, the third-highest total in the NBA Finals in the past 15 seasons behind only two years for LeBron James in Cleveland.

Curry said the key the next few games will be adjusting to how the Celtics have handled Golden State’s “pet plays” and that Green is the perfect player to help make that happen.

“I think he is going to do an amazing job of adapting and figuring out where he can find his angles, his ways to impact on the offensive end,” Curry said. “That will, again, feed off the way he impacts the game on the defensive end every game. So usually the high-IQ guys figure it out, and he’s at the top of that list when it comes to understanding the game of basketball.” 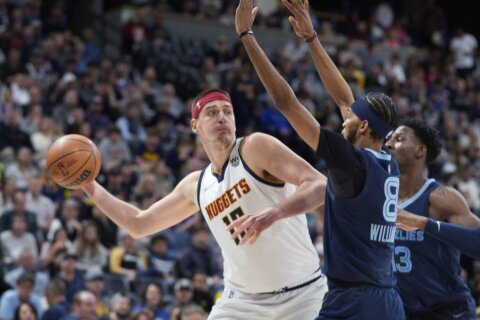 Grizzlies’ Jackson Jr. out up to 6 months with hurt foot 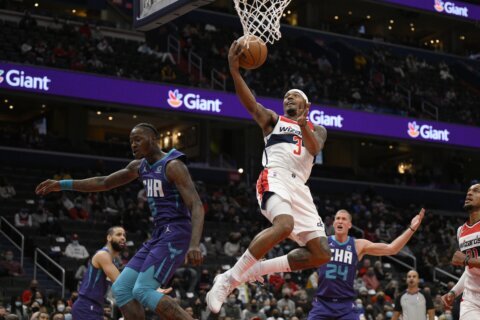