HOUSTON (AP) — Nikola Jokic scored 24 points and Facundo Campazzo added a career-high 22 as the Denver Nuggets used a huge second quarter to take control in a 124-111 win over the Houston Rockets on Saturday night.

The Nuggets resumed play after their game against Golden State on Thursday was postponed because they didn’t have enough players available due to injuries and health and safety protocols.

Four Denver players missed Saturday’s game because of COVID issues and coach Michael Malone was also out after entering health and safety protocols Thursday. Assistant David Adelman, who had been filling in with Malone out, joined him in protocols on Saturday, leaving assistant Popeye Jones to coach against the Rockets.

Houston led by as many as 11 points in the first quarter before the Nuggets scored a season-high 47 points in the second, giving them their most points in a half this season and a 77-55 lead at halftime.

Campazzo led the way for Denver in the second, scoring 10 points and dishing out eight assists as the Nuggets built their lead. He finished with a season-high 12 assists in 34 minutes.

Jones was asked about the key to Denver’s success in the second quarter.

“It was a lot of (Campazzo),” he said. “He orchestrated it all. He was awesome. I wish I could have played him 48 to tell you the truth.”

Denver led by 19 points late in the third quarter before scoring the last six points of the period, capped by a shot from Campazzo, to take a 99-74 lead into the fourth.

With about 9 ½ minutes remaining, Campazzo swiped a bad pass from Jalen Green and dished to Jokic, who found Bol Bol for an alley-oop dunk to make it 107-76.

“We just need to do better as far as sustaining our play,” coach Stephen Silas said. “We started out good, but it has to be sustained.”

Silas added that everyone was angry at halftime after allowing 47 points in the second quarter.

“I have certain demands of this group as far as playing hard,” he said. “Making mistakes is different than not giving the effort, and I wasn’t happy with the effort.”

While certainly not happy at the situation that gave him the opportunity, Jones was excited to have his first chance to serve as a head coach in an NBA game.

Nuggets: Vlatko Cancar left the game in the third quarter after taking an elbow to the nose while coming down after a shot. Cancar sat on the bench holding a towel to his nose to try and stop the bleeding before being helped to the locker room still pressing the blood-soaked towel to his face. The team said he bruised his nose. … Jeff Green, Bones Hyland, Monte Morrie and Zeke Nnaji missed the game because of health and safety protocols.

Rockets: Silas said Christian Wood didn’t start because he violated an unspecified team rule. … Kevin Porter Jr. left the game in the third quarter with a thigh injury. … Eric Gordon sat out with groin tightness. … Alperen Sengun was out with a sprained right ankle. … D.J. Augustin, DeJon Jarreau and Garrison Mathews missed the game due to health and safety protocols.

Saturday was the first time the Rockets have celebrated the New Year by playing on New Year’s Day since 2001. It was their sixth game all-time on Jan. 1. 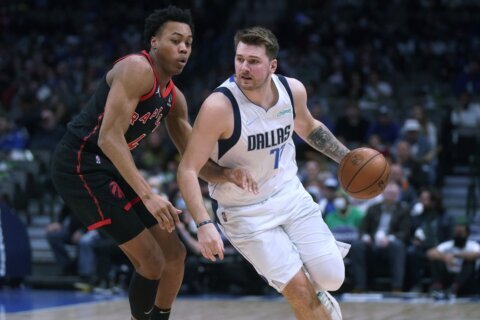 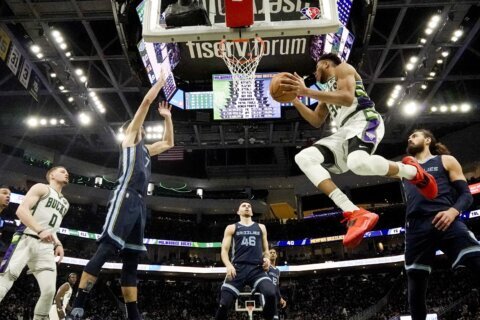 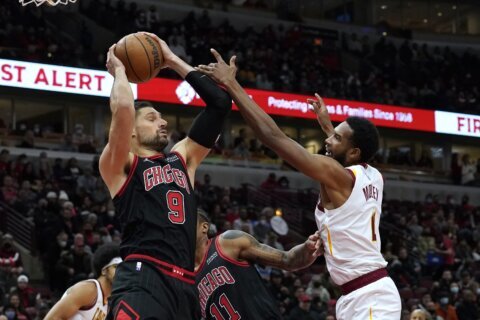