SAN ANTONIO (AP) — Spurs coach Gregg Popovich realizes this season is going to be one of growth and development for his young roster. Consider this blowout victory over the Sacramento Kings evidence of a lesson learned.

San Antonio has built 16-point leads in three consecutive games but held on this time after blowing that advantage in a 99-94 defeat at Oklahoma City on Sunday.

“I think that loss at OKC kind of transitioned over here,” Spurs guard Lonnie Walker IV said. “We know we have a tendency of when we are playing really, really good, we kind of slack off and let (off) the gas pedal.”

San Antonio did not let up against Sacramento, snapping a three-game skid at the AT&T Center. The Spurs had not won at home since a season-opening victory Oct. 20 against Orlando

San Antonio entered averaging 107.4 points per game but had a season high in points while making a season-best 18 3-pointers.

The Spurs had seven players in double figures, with Drew Eubanks adding 18 points and Doug McDermott scoring 17 on 4-for-6 shooting on 3s. Thad Young had a season-best 17 points and fellow reserves Bryn Forbes, Devin Vassell and Walker scored 15 each.

Fox was 14 for 24 from the field, but no one else on the Kings had more than six field goals and only four players scored in double figures. Buddy Hield had 12 points on 5-for-14 shooting.

Sacramento has lost three straight and five of seven.

“Maybe there’s some fatigue kicking in, but we’ve got to be able to fight through that,” Kings coach Luke Walton said. “We can’t give in to that this early in the season, so whatever the reason was, it’s not a good excuse. We’ve got to get back and start playing some better basketball again.”

The Spurs scored the first seven points and expanded it to a 27-11 advantage with four minutes remaining in the first quarter. San Antonio had its highest-scoring opening quarter of the season, leading Sacramento 34-20.

“Once a team kind of hits you first, then you’re on your heels and they try to keep it rolling,” said Kings forward Maurice Harkless, who had six points. “You’ve got to try to figure out a way to stop it. Tonight, we didn’t do a good job of that.”

San Antonio made 11 3-pointers in the first half, one shy of the franchise record for any half. The Spurs finished plus-27 on 3s against the Kings, topping their previous high of plus-15 against the Lakers on Oct 26.

“When we got up today, it did feel great to be able to maintain that,” Popovich said. “Play good D, rebound, make good decisions on offense, do it as a team, not go off 1-on-1, that sort of thing. That was the best part of the game.”

Kings: Former San Antonio center Chimezie Metu had 13 points and six rebounds in 21 minutes. Metu played two seasons with the Spurs after they drafted him in the second round in 2018. … Fox has 1,756 career assists, moving within 35 of tying Chris Webber for fifth in franchise history. Mike Bibby holds the Kings record with 2,580 assists. … G Tyrese Haliburton missed his second straight game with lower back tightness. … G Terence Davis II did not play due to a sore left ankle.

Spurs: Murray had six assists, giving him 1,003 in 263 career games. He joins Tony Parker, Alvin Robertson, Johnny Moore and Willie Anderson as the only players in franchise history with 2,500 points and 1,000 assists in their first 300 career games. … Jakob Poeltl missed his third straight game in the NBA’s health and safety protocol. Popovich was unsure when the center will return.

Sacramento forward Marvin Bagley III did not play in his 10th straight game. Bagley has made only one appearance all season, playing 10 minutes against Utah on Oct. 22.

There was speculation that Bagley refused to enter Sunday’s game against Indiana, but Walton refuted that assertion.

“No, look, our guys all know this is what is expected out of us as a group,” Walton said before Wednesday’s game. “Marvin and I are constantly in communication and today was about San Antonio and today was a very good shootaround and we’re going into tonight. He and everyone else knows we need everyone this year and everyone has to be ready.”

Kings: At the Oklahoma City Thunder on Friday. 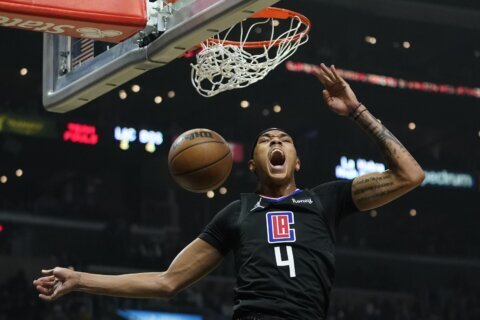 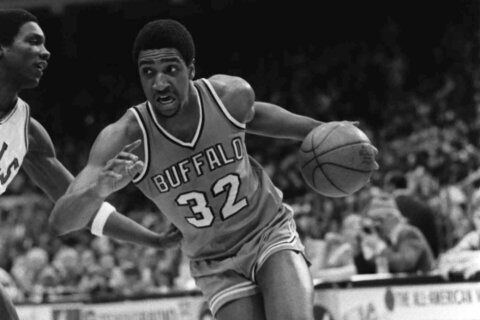 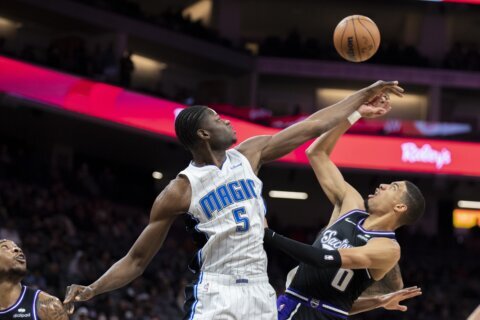