MEMPHIS, Tenn. (AP) — The Memphis Grizzlies have signed Jaren Jackson Jr. to extension ahead of the NBA deadline.

The Grizzlies did not disclose the terms of the deal Monday with the No. 4 overall pick in the 1018 draft. ESPN reported the extension is four years for $105 million.

He also ranks second in franchise history in blocks per game and is 10th in total blocks despite playing only 11 games last season recovering from knee surgery.

Jackson was only the second player named both Big Ten Freshman of the Year and Defensive Player of the Year in the same season at Michigan State. After being drafted by Memphis, he was named to the 2018-19 NBA All-Rookie First Team. He also was picked to the NBA Rising Stars team in 2019 and 2020 with All-Star Weekend.

In his second season, Jackson scored a career-high 43 points and tied the franchise record making nine 3s against Milwaukee on Dec. 13, 2019. That made him the youngest player in NBA history at 20 years, 83 days to make at least nine 3s in a game. 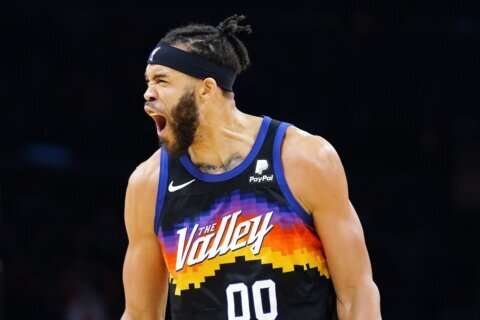