Coronavirus News: Fairfax Co. votes to increase substitute teacher pay | Is it time to get a COVID-19 booster? Which one? | Local cases of COVID-19 | How many in DC region are vaccinated?
Home » NBA News » George facing increased workload…

LOS ANGELES (AP) — No Kawhi Leonard means even more Paul George for the Los Angeles Clippers. With Leonard out while recovering from knee surgery, George becomes the primary scorer for a team looking to make a deeper run in the playoffs.

George is already one of the NBA’s elite scoring forwards and a talented defender. After Leonard got hurt in the playoffs last season, George showed what he could do in helping the Clippers to their first-ever Western Conference finals berth.

“He’s carried teams before. He’s a great player,” coach Tyronn Lue said. “This year we need more from him, more leadership, and to continue to play the way he played last season.”

Lue has a deep roster to work with, including new additions Eric Bledsoe and Justise Winslow.

The biggest question hanging over the Clippers is when Leonard will return. Will he work his way back from surgery to repair a partially torn ACL before the end of the regular season? Or for the playoffs? Or remain out until next season?

Even he isn’t sure.

“That’s the challenge of it, just seeing how quickly I can get better and how much stronger I can get than what I was when I was healthy,” he said. “When that available date comes, we’ll be ready for it.”

Meanwhile, Leonard plans on being around the team, saying he wants “to make myself as relevant as possible.” That includes watching games, sitting in on coaches’ meetings and staying in his teammates’ ears.

After Leonard went down, the Clippers rallied from 0-2 deficits in their first two playoff series before losing to Phoenix in the conference finals, which they had their chances to win.

Lue enters his second season with the same expectation: to win the franchise’s first NBA title.

“In losing a guy like Kawhi, I know things seem like it’s not possible, but anything’s possible,” he said. “Our guys have shown that last year.”

The Clippers visit Stephen Curry and the Golden State Warriors to open the season on Oct. 21.

Leonard said he signed his $176.3 million, four-year deal with the Clippers in hopes of returning this season. If he’d taken a shorter deal, he said he likely wouldn’t try to come back this season to minimize any risk. He missed parts of the 2017-18 season with San Antonio because of a right quadriceps injury. The Spurs eventually cleared him to return, but he sought a second opinion from his own doctors and didn’t play again. The situation strained his relationship with the team and he was traded to Toronto the following season. The Raptors went on to win the NBA title, and Leonard’s name became synonymous with the term load management for taking off significant time to manage his health. The Clippers didn’t hesitate in re-signing Leonard despite his injury.

Patrick Beverley, Rajon Rondo and Daniel Oturu were traded to Memphis in a deal to bring Bledsoe back to the Clippers. Beverley was moved the following day to Minnesota. Rondo ended up down the Staples Center hallway with the Lakers. DeMarcus Cousins wasn’t re-signed after his contract expired at the end of the season and he has not been picked up by another NBA team. Patrick Patterson signed with Portland after two years with the Clippers. Yogi Ferrell got released in September.

Bledsoe spent his first three seasons in the league with the Clippers, leaving in 2013 for Phoenix. He also had a stint in Milwaukee before playing last season with New Orleans. He averaged 12.2 point, 3.8 assists and 3.0 rebounds while playing 29.7 minutes a game. He was named to the league’s All-Defensive first team in 2018-19.

Winslow is a versatile defender, playmaker and scorer seeking to bounce back after being derailed the last few seasons by injuries. He averaged 6.8 points and 4.5 rebounds in 26 games for Memphis last season. He played his first five years with Miami.

Rookie point guard Jason Preston underwent surgery recently and the team said he will miss an extended period of time without specifying a return date.

Terance Mann signed a multiyear contract extension Tuesday. The guard-forward has grown into an essential role with the team. A solid defender, he shot 42% from 3-point range last season, and was even better in the playoffs, hitting at a 43% clip.

The early schedule has the Clippers playing 16 of their first 22 games at home. Their two longest trips of the first half are six-game stretches in November, when they’re home just four times. Beverley returns to Staples Center for the first time with the Timberwolves on Nov. 13. They visit Phoenix on Dec. 14 in the first meeting between the teams since the Suns knocked the Clippers out of the Western Conference finals. They play LeBron James and the Lakers for the first time Feb. 3 as the home team at Staples Center. NBA champion Milwaukee visits on Feb. 6. 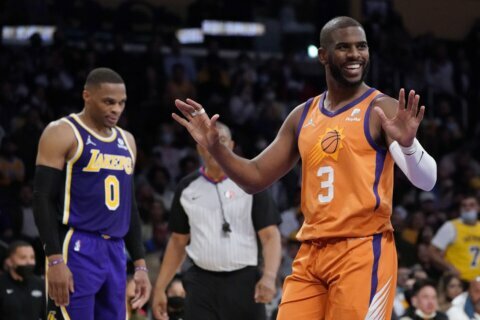 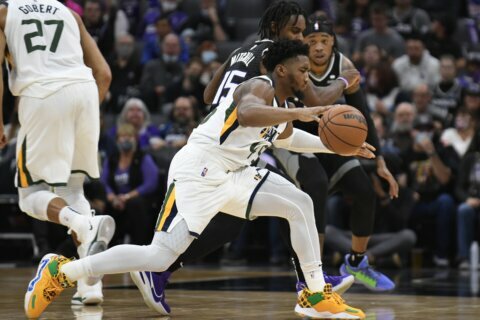 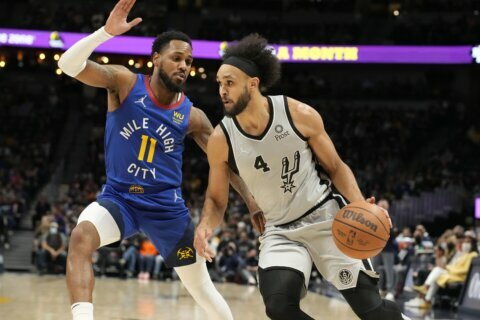