Plum scores 26 of her 30 points in 2nd half, Aces beat Wings

Plum made a 3-pointer on back-to-back possession to extend the lead to 75-64 with 5:27 left in the fourth. Plum finished 9 of 12 from the field, including 5 of 7 from distance. She also have five assists.

Riquna Williams added 16 points for Las Vegas (22-8), which was without Liz Cambage. Las Vegas can clinch a double-bye in the playoffs with one win in its final two games.

Arike Ogunbowale scored 16 of her 23 points in the first half for Dallas (13-18). Allisha Gray added 15 points and Marina Mabrey had 14. Dallas was without Satou Sabally (12.4 points per game), Isabelle Harrison (10.8) and Moriah Jefferson.

Ogunbowale made three of Dallas’ five 3-pointers in the first quarter as the Wings jumped out to a 29-19 lead. 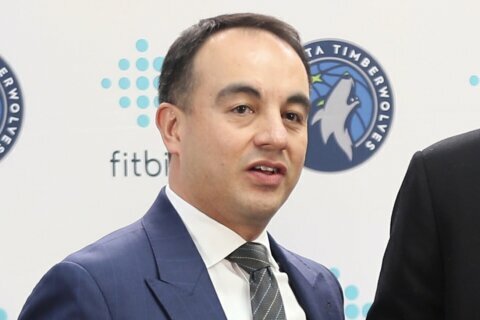