Coronavirus News: Montgomery Co. to lift mask mandate | Some may need fourth shot | Va. among best for vaccinations | Local cases of COVID-19 | How many in DC region are vaccinated?
Home » NBA News » Plum, Aces hold off…

Plum, Aces hold off Mercury in Game 1 of WNBA semifinals

That’s exactly what his guards did Tuesday night.

Kelsey Plum scored 20 of her 25 points in the second half, and Riquana Williams scored a game-high 26 to lead the Las Vegas Aces in a 96-90 victory over the Phoenix Mercury in Game 1 of the WNBA semifinals.

Chelsey Grey pitched in with 17 points and 12 assists in the Aces’ first home playoff game in two years. Las Vegas reached the WNBA Finals last season while playing in a bubble in Bradenton, Florida.

“I think they were giving different reads on different people, and we were just taking what the defense gave us,” Grey said. “The guards have the ball in their hands a lot of the time, especially in transition. We dictate a lot of the game. That’s basketball in general, but it really tightens up when it comes to playoff basketball.”

Plum, the fourth-year guard who won an Olympic gold medal in 3-on-3 basketball, had 12 points in the third quarter off the bench as Las Vegas pushed its lead into double digits.

“We don’t really care necessarily about the numbers, about scoring on the bench,” Plum said. “We’re really just focused on how we can uplift our team and give us an extra burst going into second and third quarters.”

Phoenix, which won single-elimination games against the New York Liberty and defending champion Seattle Storm to reach the semis, led 30-21 after the first quarter.

“We never gave up,” Mercury coach Sandy Brondello said. “We kept competing. I don’t think we executed as well as we wanted to, but we had a lot of good moments where we played well, and other moments where we couldn’t score or we were just giving them what they wanted.”

Brittney Griner had 24 points, seven rebounds and six assists for Phoenix. Diana Taurasi, playing in her second game since returning to the lineup after sustaining a sprained ankle, scored 20 points on 6-of-17 shooting.

Taurasi walked to the podium with a walking boot on her left foot, but it was just a precaution.

Aces center Liz Cambage played her second game since returning from her bout with COVID-19. The former All-Star finished with seven points in more than nine minutes.

Part of that was due to foul trouble, finishing with four for the game and three in the first half. The other part was due to conditioning, which Laimbeer said took a huge hit in her play off the bench.

“She was off her feet for a bunch of days, uncertainty and the whole bit. People underestimate how much it took a toll on her,” Laimbeer said. “I don’t want her to fall down because she has nothing left.”

Williams scored 14 points in the opening 10 minutes to keep it close.

WILSON’S WILL TO WIN

Last year’s league MVP A’ja Wilson was kept in check for three quarters, but the Aces’ star came through at the right time.

With Las Vegas leading 85-81 and Phoenix making a run, Wilson went on a personal 6-0 run that pushed the lead back to 10 points with 3:08 remaining.

Wilson finished with 15 points and nine rebounds while going 7 of 12 from the field.

Game 2 is in Las Vegas on Thursday. 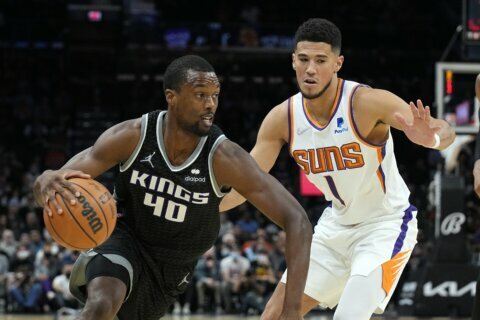 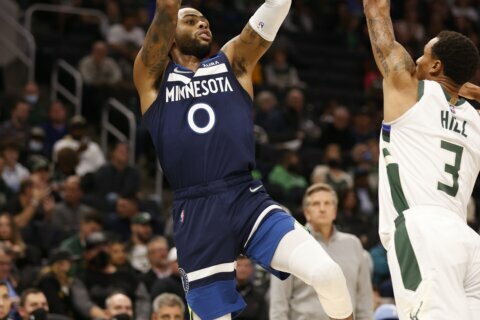 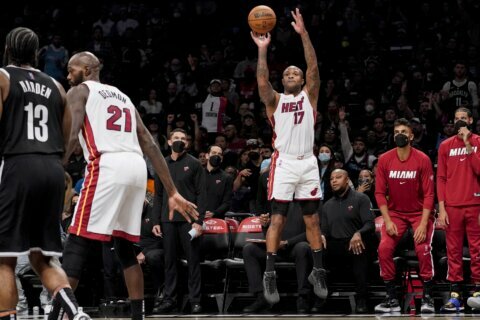