PHILADELPHIA (AP) — The sounds of Philadelphia in the fall are familiar at this time of season: the bellyaching from…
Listen now to WTOP News WTOP.com | Alexa | Google Home | WTOP App | 103.5 FM

PHILADELPHIA (AP) — The sounds of Philadelphia in the fall are familiar at this time of season: the bellyaching from talk radio to chirping tweets on the Eagles’ poor start. The cheers of nearly 30,000 fans imploring Bryce Harper to bring October baseball back to Philly. The explanations and potential plans on how the 76ers will handle Ben Simmons.

Lost in the shuffle of the pennant race and trade rumors, the Philadelphia Flyers mosey about with little fanfare and less expectations headed into a season where a return to the playoffs would be a success. Even in a funky pandemic season, when crowds were allowed back at the shared arena, the Sixers packed the place, while the Flyers limped along with a couple of thousand fans and frittered away a once intimidating home-ice edge.

It’s not necessarily bad to be bad in Philly — especially when drama creates clicks.

That’s where the Flyers are stuck in the city sports landscape, though general manager Chuck Fletcher’s offseason roster overhaul could provide the boost that jets them out of that malaise and into the land of playoffs and packed crowds.

“Ultimately, what happened last year wasn’t a singular thing where it was just one piece,” forward James van Riemsdyk said. “It was a lot of parts of our game that were not very consistent, and I think that showed up over the course of the season. Again, we let in too many goals, but to just pinpoint that on goaltending would be unfair.”

Ah yes, the regression of goalie Carter Hart was a sticking point last season and his production will be the deciding factor if the Flyers can become a top-three team in the Metro Division — where Carolina and Washington are the top contenders — or miss the playoffs for the second straight season under coach Alain Vigneault.

The Flyers are 29-1 to win the Stanley Cup, according to FanDuel Sportsbook.

Hart signed a three-year, $11.9 million contract, a sign the Flyers still believe in the one-time franchise goalie. Hart finished with a 9-11-5 record and a 3.67 goals-against average in 27 appearances, including 25 starts. He allowed four or more goals 13 times, and missed the final 12 games with a sprained left knee. That was a significant drop-off from the previous season in which Hart went 24-13-3 and led the Flyers to the playoffs.

“I like his face right now and his demeanor. He’s smiling,” Vigneault said. “He does look bigger with his shirt on and real fit. The fact that he was able to have a normal summer of training with other players and his goaltending coach, I think it was a real good summer for him and for the rest of our group.”

The Flyers lost veteran depth with center Kevin Hayes being sidelined another month after abdominal surgery. Hayes scored 12 goals and had 31 points in 55 games last season in his second year with the Flyers. Without Hayes, the Flyers could turn to 22-year-old Morgan Frost to take his spot and strengthen the team in the middle.

“With Hayes going down, it gives him a quick opportunity to show what he can do and what’s supposed to be his skill set,” Vigneault said. “He’s supposed to be a top-six forward, in theory, so I’ll give him that opportunity. I don’t know how long that is going to last.”

The Flyers are counting on Ellis, Ristolainen and Yandle to shore up the blueline. Ellis will be paired on the top line with Ivan Provorov.

Van Riemsdyk was right, the blame can’t entirely be placed on the goalies. The Flyers allowed 197 goals last season (3.52 per game), including a stretch of giving up 15 straight goals over two games to the New York Rangers.

“The game is a lot easier when everyone knows what the next guy is going to do,” Ellis said.

The Flyers open the season Oct. 15 at home against Vancouver and former coach Dave Hakstol returns with the expansion Kraken on Oct. 18 as a four-game homestand. They hit the road Oct. 27 at Edmonton. 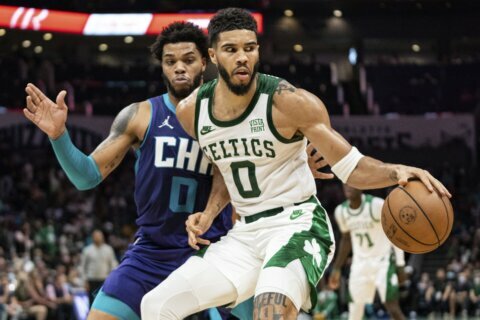 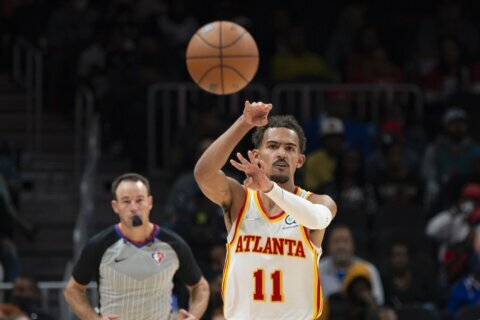 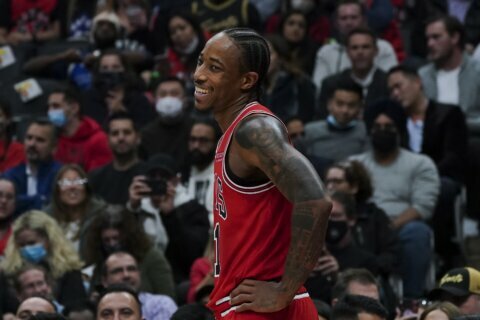