MINNEAPOLIS (AP) — The joke Karl-Anthony Towns made last week was the ultimate jinx, casually noting what had been a rare absence of turnover and tumult for the Timberwolves to that point.

“I was like, ‘Man, it’s been a real quiet offseason for Minnesota. It’s very different,’” Towns said.

The next day came the “boom,” as star center put it, the firing of president of basketball operations Gersson Rosas just six days before the start of training camp.

“Just add it to the list. It’s just the same thing every single time. It’s something that always leads to instability,” Towns said on Monday, taking part in the annual media day at team headquarters.

Though the dismissal of Rosas after less than 2 1/2 years on the job will rank high on the long list of dramatic turns for this oft-troubled franchise, players well-conditioned to change took a nonchalant stance toward the ill-timed shakeup of the front office during their first public interview sessions since the end of the pandemic-delayed 2020-21 season.

“My personal reaction? I didn’t really have one. I was on the golf course. I heard about the news, and I just tried to focus on my next shot, to be honest,” guard D’Angelo Russell said. “But it’s just the world we live in, the business we live in.”

Rosas put his stamp on the roster with several trades, headlined by the deal with Golden State to get Russell in February 2020. Of the 20 players starting training camp with the team this week, only Towns and guard Josh Okogie were around before Rosas was hired.

Though the summer was slow on transactions, with the acquisition of 10th-year NBA veteran guard Patrick Beverley the most significant, coach Chris Finch has only been around for seven months.

The 41 games Finch had last season after replacing Ryan Saunders were hardly enough for all parties to find a comfort zone in a time of COVID-19 protocols and largely empty arenas, particularly considering the rash of injuries that kept Towns, Russell, Malik Beasley — three of the top four scorers — frequently on the sideline. They missed a combined 87 games.

“While being blessed to have so many great teammates to play with, I also didn’t have a chance to really build any true relationships with anybody because always instability, always change,” said Towns, who’s entering his seventh year in the league.

The only place the Timberwolves have had constancy has been at the top, since Glen Taylor purchased the team in 1994. Now even their ownership is undergoing an overhaul, with the transfer of control from Taylor to Marc Lore and Alex Rodriguez in motion.

The especially deliberate process, with Lore and Rodriguez on schedule to become the majority partners in two years, was designed to give Taylor an opportunity to mentor the first-time sports team owners as they catch themselves up on the inner workings of the NBA, the culture of the Timberwolves — and the WNBA’s Minnesota Lynx — and the fabric of the Twin Cities market.

Lore, the e-commerce entrepreneur, and Rodriguez, the former baseball star, reached a $1.5 billion agreement near the end of last season to buy the club from Taylor. They held their introductory news conference before the players took the stage and spoke confidently of their ability to collaborate with Taylor on decisions for the direction of the organization while the 80-year-old still has a controlling stake.

“I think it’s important in any partnership to get people involved and get them involved as soon as possible,” Taylor said.

Rosas, according to multiple reports, was dismissed due to increasing internal concern about discord surrounding his relationships within the organization. Taylor, Lore, Rodriguez, Gupta and Finch all declined to comment about Rosas, mostly citing legal ramifications but also looking for an opportunity to try to paint a brighter picture after the latest dark turn for the Timberwolves.

“This past week has been a little crazy for me,” Gupta said.

With Lore and Rodriguez each based on the East Coast, and the Timberwolves playing in a renovated-yet-dated arena with decreased attendance before the pandemic due to their perpetual losing, fans have raised questions about how long the new owners will be committed to Minnesota. Taylor, after all, saved the Timberwolves from moving to New Orleans after a deal struck by original owners Harvey Ratner and Marv Wolfenson fell apart. Taylor bought the club instead for $88 million to keep it as a community asset.

“We have no plans to move,” Rodriguez said. “Our plan is to be right here.”

They’ll be plenty busy trying to infuse a fresh culture and needed optimism into a franchise that has made the playoffs just once in the last 17 seasons.

“I like change. I like challenge,” Taylor said, “and I think both of them are in front of us.” 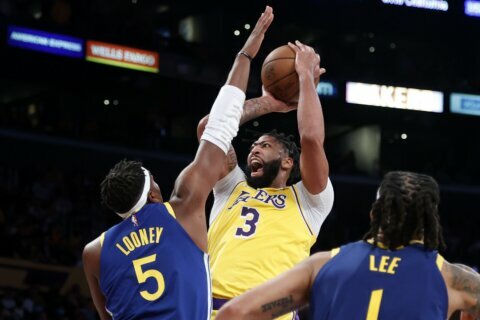 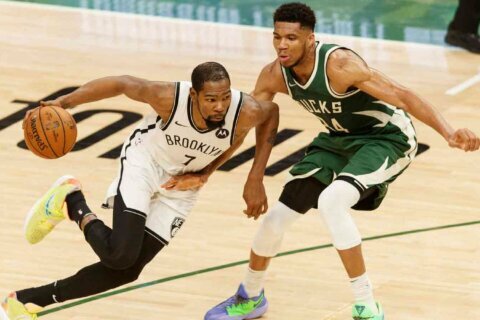