The three-time All-Star guard Maxey replaced? Well, Ben Simmons was absent Tuesday from training camp as expected as he tries to persuade the Sixers to trade him, even with $147 million and four years left on his contract.

The only trace of the former franchise guard was an oversized framed photo of Simmons on the cover of “Slam” magazine with the headline “Kingdom Come.”

In Sixers-land, kingdom come, kingdom go, all at the whim of an unhappy star.

Coach Doc Rivers clings to the belief, however improbable, that Simmons may show up at training camp or at some point this season to try to lead the Sixers back to the top of the Eastern Conference.

“I do believe at some point he will be,” Rivers said Tuesday. “Right now, I’m going to focus on the guys that are on the floor. I think that’s more important.”

The focus is on getting Maxey first-team reps and ready for an increased workload in his second season with the Sixers. The 20-year-old guard, who played at Kentucky, scored 39 points in 44 minutes on 18-of-33 shooting in his first career start against Denver.

But his youthful energy, humor and knack for floaters at the right moment made Maxey an instant fan favorite and has made him a fit for Simmons’ starting spot, even if the Sixers would take a tremendous hit defensively.

Maxey is about 9 inches shorter than Simmons, an All-Defensive first-team selection, and needs improvement in the 1-on-1 game. And Maxey could need time to feel at ease trying to lead a unit full of veterans and big-salary players used to winning.

“When you’re at that point guard spot, playing at the one, is be patient, be poised,” forward Tobias Harris said after practice. “Tyrese’s greatest skill is that speed out there on the floor and being able to finish at the rim. He’s a young player, but he’s continuing to evolve into his game. I think throughout this training camp, we’re going to see more and more of him doing different things he feels comfortable with.”

Maxey has repeated his mantra of getting “1% better” every day, on or off the court. Maxey, who averaged eight points in 15.3 minutes last season, dedicated himself this summer to film study and vowed to become a better student of the game.

“I just kind of put my head down and work,” he said.

The Sixers will need it if they expect to stay among the top of the class in the East. 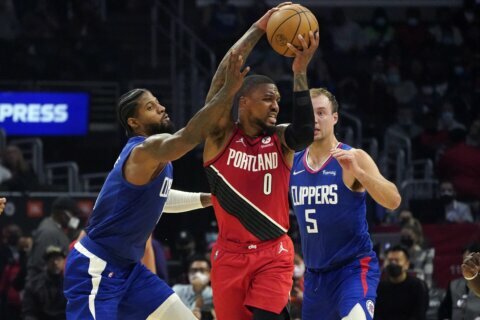 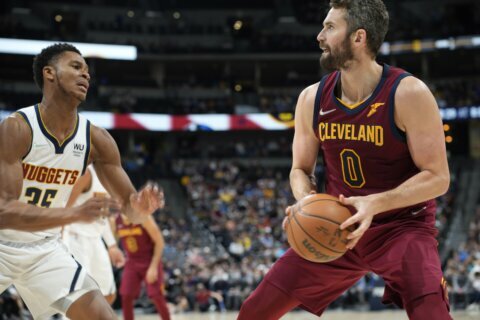 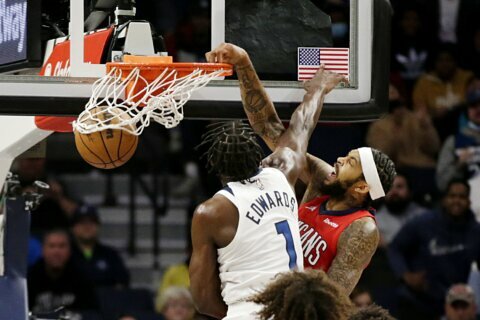