Murphy died of congestive heart failure at an assisted living facility in the Orange County city of Placentia, California, according to his son, Dennis Jr.

Each of the leagues used groundbreaking marketing and promotional tactics, new rules, and a style of play that forced the evolution of already established leagues.

“He just always had a vision for sports,” Dennis Jr. said. “He was kind of like the underdog, so he always wanted to bring a new league in.”

The ABA began in 1967 and lasted until its merger with the National Basketball Association in 1976, leading to four ABA teams joining the NBA and the introduction of the 3-point shot in 1979. Other ABA concepts pioneered by Murphy included the league’s red-white-and-blue basketball, a slam-dunk contest, and team cheerleaders.

“Dennis Murphy was a close friend of my father, Dr. Jerry Buss,” said Jeanie Buss, co-owner of the Los Angeles Lakers. “Dennis always had new ideas he would brainstorm with my dad. He was a creative visionary and many of the innovations in the NBA — like the 3-point shot and slam dunk contest — came from the ABA.”

The WHA existed from 1972-79 and although it wasn’t the first league to challenge the National Hockey League’s dominance, it was easily the most successful.

Nearly 70 players jumped from the NHL to the WHA in its first year, led by Bobby Hull, who signed an unprecedented $1 million contract. Gordie Howe soon followed.

The WHA also signed European players, paving the way for a new era in North American hockey. Hall of Famers Wayne Gretzky and Mark Messier began their careers in the WHA. Murphy served as commissioner for three years.

He co-founded World Team Tennis in 1973 with Larry King, Fred Barman and Jordan Kaiser, and league play began in 1974 with 16 teams, a four-color tennis court, and teams made up of two men and two women. It was the first pro sports league in which men and women competed on equal terms. It lasted until 1978, but was later resurrected and continues today.

In 1988, Murphy came up with the 12-team International Basketball Association which featured players 6-foot-4 and under.

Murphy’s last pro league was Roller Hockey International from 1992-99. He was inspired after seeing kids playing roller hockey on concrete instead of ice. King joined Murphy and Alex Bellehumeur in developing the league.

Murphy and King produced the 1973 “Battle of the Sexes” made-for-TV tennis match between Bobby Riggs and Billie Jean King, who was married to Larry King, at the Houston Astrodome

Born Sept. 4, 1926, in Shanghai, China, where his father worked for Standard Oil, Murphy and his family moved to California in 1941.

Murphy served as an Army staff sergeant in World War II and as a captain in the Korean War. He majored in economics at the University of Southern California. He served one term as mayor of Buena Park, California, in the late 1950s before becoming a marketing executive for a civil engineering firm.

Besides his son, he is survived by daughters Dawn Mee and Doreen Haarlamert, nine grandchildren and seven great-grandchildren. His wife, Elaine, died in 1985. 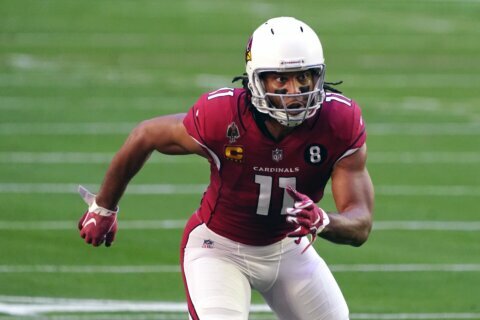 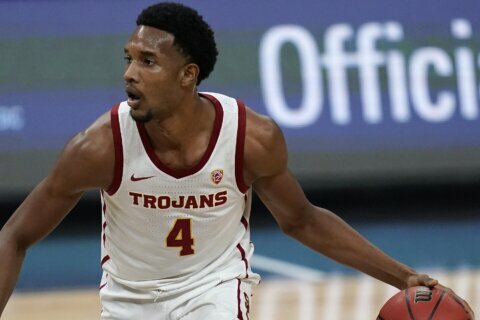