Harden appeared to grab at the hamstring on a drive to the basket on Brooklyn’s first possession against Milwaukee. The Nets called a timeout 43 seconds into the game and Harden went to the locker room.

The Nets announced after the first quarter that he wouldn’t return to the game.

Harden missed 20 games because of problems with the hamstring in the second half of the season, including a pair of losses to Milwaukee in May. But he was healthy in time for the playoffs after he, Kevin Durant and Kyrie Irving were able to play together just eight times during the regular season. 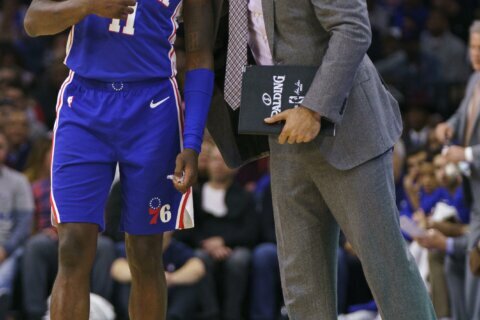