“We believe this will be one of the seminal days in NLL history,” commissioner Nick Sakiewicz said in a statement. “The people in this community are going to be in for a treat both on the floor and in the community.”

The name, logo and colors of the new team will be unveiled at a later date. The team is encouraging fans to submit suggestions on its website at www.lasvegaslacrosse.com.

Last season, the indoor box lacrosse league, which was founded in 1986, had 13 franchises, including three in Canada. This year it has added Panther City Lacrosse Club of Fort Worth, Texas. Las Vegas will begin play in 2022, with home games at MGM Resorts International’s Michelob ULTRA Arena inside the Mandalay Bay hotel casino, also home to the WNBA’s Las Vegas Aces. 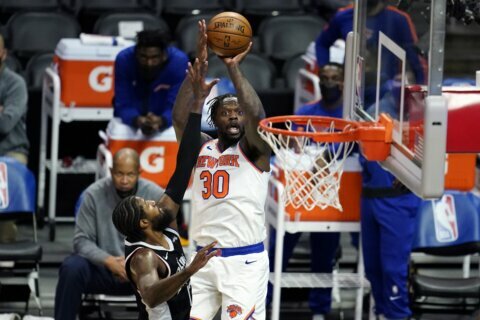 Jazz to acquire Eric Paschall from Warriors for draft pick