HOUSTON (AP) — Rockets guard Sterling Brown is back in Houston recovering from injuries sustained when he was assaulted outside a strip club in Miami early Monday morning.

“He’s recovering,” coach Stephen Silas said. “He was assaulted and he has bumps and bruises and stuff like that, so stuff like that usually gets a little bit worse … before it gets better.”

The Rockets were in Miami to play the Heat when the incident occurred.

Silas said that he spoke to Brown on Tuesday and he reached out to him Wednesday but had not gotten in touch with him. He said Brown is seeing doctors and working with the team’s training staff as he recovers.

“The main thing for me is that he knows that we are 100% behind him and have his back and want him to get healthy soon, get back and get back with his teammates and all of those things,” Silas said.

According to an incident report from the Miami-Dade Police Department, they received an anonymous call about a fight in the parking lot of Booby Trap on the River and when authorities arrived around 7 a.m., they found Brown with multiple lacerations throughout his body. He was with another Black male and the report says that while trying to assist the men and gather information about the incident that both men “became belligerent and refused to cooperate.”

Neither would provide their names but kept insisting that Brown be transported to the hospital. Brown was identified by a fire department captain who took him to Jackson Hospital. The incident report says that there were no witnesses at the scene and the club personnel said they did not see what happened.

The Rockets released a statement about the incident on Monday that said that Brown was the victim of an assault.

“He had no prior knowledge of or interaction with the assailants,” the statement continued. “He suffered facial lacerations but will make a full recovery.”

Brown has missed the last five games because of a sore left knee and Houston’s injury report said that he was out with the same injury for Wednesday night’s game against the Jazz. Silas said teammate Kevin Porter Jr. would miss Wednesday’s game and would likely be out until Sunday after being placed on the NBA’s health and safety protocols list.

But he did say that he talks to his team often about the league’s health and safety protocols and the importance of following them.

“Today we talked about a bunch of stuff that wasn’t just the Sterling stuff,” he said. “And we definitely talked about that as a group… over the last couple of days… so they absolutely know where I stand when it comes to that sort of thing. And it’s not just a one-time conversation that we have with this group. That’s consistent communication with the group.”

The 26-year-old Brown is in his first season with the Rockets after spending his first three years with the Bucks. He has appeared in 51 games with 14 starts this season and is averaging 8.2 points and 4.4 rebounds a game.

In an incident with Milwaukee police in 2018, Brown was taken to the ground, shocked with a Taser and arrested during an encounter over a parking violation. In 2020 he settled a civil suit for $750,000 and plus an admission that his constitutional rights were violated. 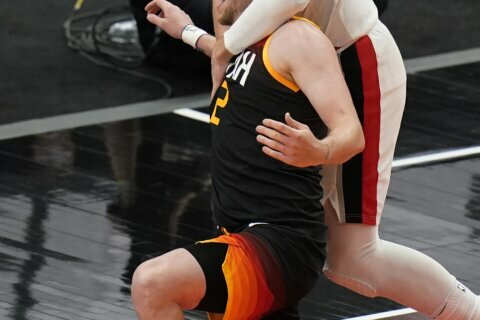 With 2 days left, there’s much left to decide in the NBA 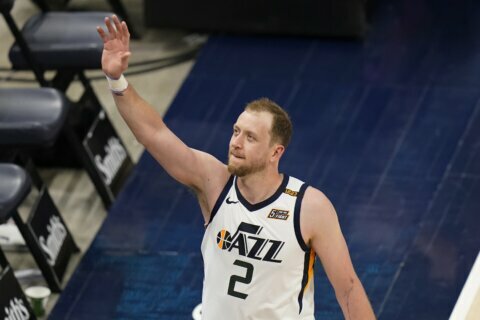 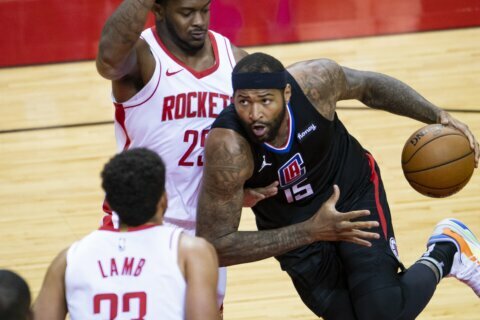