NBA probe finds no proof of bigoted remark toward Millsap

The NBA said Monday that an investigation into whether Utah Jazz player Elijah Millsap had a bigoted remark directed at him during an end-of-season interview six years ago has ended and was unable to find proof that the statement was made.

Millsap alleged last month that Dennis Lindsey, then the team’s general manager and now its executive vide president, said “if u say one more word, I’ll cut your Black ass and send you back to Louisiana” during that April 2015 meeting.

Lindsey denied saying that, and the NBA’s review — done by the league and with independent counsel — could not prove otherwise. Millsap and Lindsey were both interviewed, the NBA said, as were others who were part of that meeting. That would include Jazz coach Quin Snyder, who has said he was in the meeting but had no recollection of Lindsey using those words.

“The investigation was unable to establish that the alleged statement was made,” the NBA said.

Millsap had no immediate comment when told of the NBA’s decision.

“Obviously, I know my truth,” Millsap said in an interview last month with The Associated Press. “Some outside counsel or somebody, all they can do is just try to stir it up and make it me look as if I’m lying. I did it basically to free myself from the torture of holding things in, to free myself, not to make Dennis Lindsey feel bad and not to make him look like a racist. I don’t feel he is a racist, but I do know what he said to me.”

Millsap played in 67 games for the Jazz over two seasons, getting waived in January 2016 and appearing in only two NBA games since. He is the brother of longtime Utah standout and current Denver forward Paul Millsap.

The Jazz said they appreciated what they called “the thorough process of the NBA’s investigation” and thanked those involved for cooperating.

“For more than 25 years, Dennis Lindsey has been a respected basketball executive around the NBA and a leading voice on social justice within our organization and community,” the Jazz said. 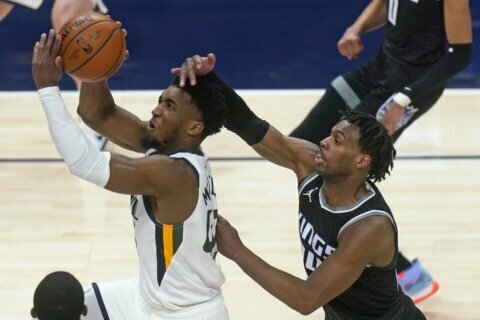