The only instances of NBA referees Tom Washington, Tony Brown and Courtney Kirkland all officiating together are some offseason pro-am games in Atlanta, the city they all call home.

That will change Sunday.

The trio was chosen as the officiating crew for this year’s All-Star Game, and those selections are significant for a number of reasons — including that they get to represent Atlanta and that all three are graduates of historically Black institutions, a primary focus of this game from a charitable and exposure standpoint.

Washington is a graduate of Norfolk State, Kirkland a graduate of Southern and Brown a graduate of Clark Atlanta. They fully understand the significance of this game and what the NBA shining the spotlight on HBCUs may wind up meaning for those institutions.

“I think that exposure from this game is going to be fantastic because we’re going to actually enlighten people on another subset of our educational process here,” Washington said. “I’d like to see them exist on the same level as Ivy League schools, as Big Ten schools. And I also think that the fact that they’re doing that and the fact that us three are going to be out there representing them should be empowering and encouraging to the young people behind us. There is quality education being provided by HBCUs.”

Even though this All-Star Game will differ from all others — the arena will be largely empty because of the pandemic — Brown said it’s still an honor to be selected.

“The most important part about this entire game, for us, is that we are representing the NBA officials and we have to do an outstanding job for them,” Brown said. “Every night that we go on that floor we are representing each other. And that’s the greatest accolade and accomplishment that we can ever have, doing our job.” 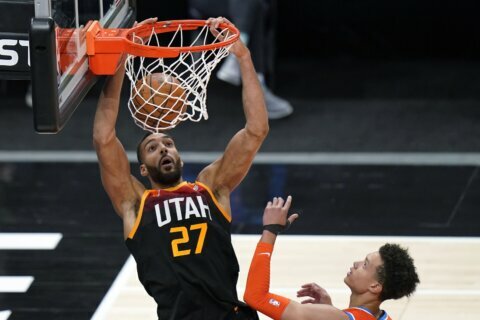