OKLAHOMA CITY (AP) — Darius Bazley made the tiebreaking layup with 1:16 to play after Oklahoma City had blown a 23-point lead, and the Thunder beat the Minnesota Timberwolves 120-118 on Saturday night.

The Thunder scored a team-record 83 points in the first half, but then had only 13 in the third quarter. Minnesota came all the way back to take the lead in the final period before Oklahoma City recovered.

“It got dicey tonight, and I thought we pulled together,” said Thunder coach Mark Daigneault, whose team lost to the Timberwolves 106-103 on Friday. “In the close games, when the competition is hot, we have a group that binds together and I think that’s a really good quality for a team.”

Shai Gilgeous-Alexander scored 31 points to go with nine rebounds and seven assists for the Thunder. Mike Muscala, who exited the game after taking an elbow to the face in the fourth, added 22.

Naz Reid scored a career-high 29 points for the Timberwolves, but missed a layup that would have tied the game with 2 seconds to play.

“I liked the layup. Naz is going to be good for a long time. I know that he’s hurting right now, missing that one, but he had an unbelievable (second) half,” said Timberwolves coach Ryan Saunders. “We were content with the 2 or 3 at that point. … But going into Naz, we thought that was a safety because he was so effective down there.”

The Thunder looked poised to run away with the contest, opening the game on a 10-0 spurt before Minnesota guard Ricky Rubio hit a 14-footer two minutes into the first quarter.

Oklahoma City then raced to a 43-24 lead by the end of the period before notching another 40 in the second.

“I thought we attacked really well, we hit the paint, we spread it around,” Daigneault said. “We obviously made shots, but the point total was not sustainable.”

The Thunder were outscored 32-13 in the third.

The Timberwolves kept chipping away and went ahead 98-96 on Jaden McDaniels’ pull-up jumper with 9:44 remaining. A back-and-forth contest ensued, which included eight lead changes in the fourth.

“The reality is that it’s a 48-minute game, and we’ve got to compete every minute,” said Theo Maledon, who returned to Oklahoma City’s lineup after missing Friday’s contest. “I think it was a good lesson for us to carry on in the future.”

Thunder: The 43 first-quarter points were the most the Thunder have scored in any period this season. … The Thunder were without Al Horford (rest) and Isaiah Roby (foot). … Luguentz Dort had 10 points, six rebounds and two steals after missing Friday’s game. … Kenrich Williams matched Gilgeous-Alexander’s game-high nine rebounds.

Maledon on Gilgeous-Alexander’s leadership in the fourth quarter: “He was huge for us defensively and made some plays. You could see that he really wanted to win that game, and he showed it. It was great to be by him, pushing him and the team following his lead.”

Timberwolves: Face the Mavericks in Dallas on Monday. 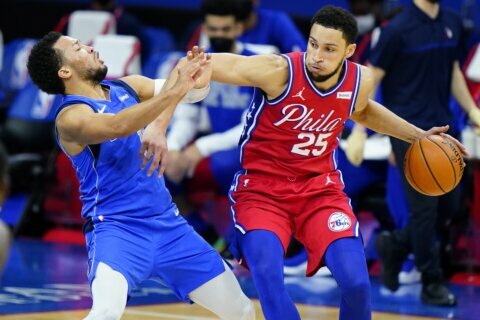 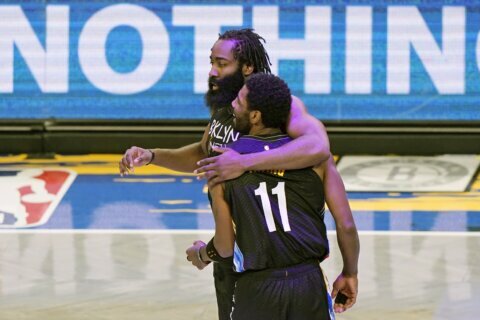 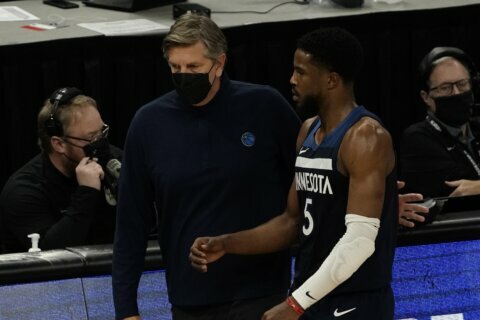