Donovan Mitchell and the Jazz enjoyed another record-breaking performance from long range Monday night in a 132-110 victory against the Hornets. Utah set a franchise mark for 3s with 28, including 19 off the bench — the most by any team’s backups in NBA history, according to STATS.

The Jazz set their previous mark for 3s with 26 in the first meeting between the teams on Feb. 5.

Several of Utah’s outside shots this time came during a 26-2 run that erased a double-digit lead for Charlotte and put the Jazz (25-6) firmly in control after an uneven performance on both ends through the first three quarters.

“The No. 1 team in the league wins a game like that,” Mitchell said. “That’s really where our head is at. That’s where we need to continue to be.”

Mitchell, who had 23 points and eight assists, credited an uptick in defensive stops starting late in the third quarter with breaking open the floodgates on offense.

“It looks good, but I think the biggest thing was our defensive energy,” Mitchell said. “Everything stepped up and made it tougher on them.”

“I feel like we just all got tired,” Ball said. “We didn’t put four quarters together, we put three together.”

The Jazz continuously attacked from the perimeter starting from the opening tip. They shot 29 3-pointers before halftime — a club record for attempts in a half.

It paid off at times. Utah made eight 3s in the first quarter as 72% of its shot attempts came from behind the arc during the period.

Still, the Jazz fell behind in the second quarter and trailed much of the third after getting lackadaisical on defense and committing repeated turnovers on offense. Charlotte finished with 21 fast-break points, 14 by halftime.

“They made plays and took advantage of the fact that we weren’t as precise as we needed to be on the defensive end,” Jazz coach Quin Snyder said. “I thought in the second half we cleaned a lot of those things up, a lot of those little things.”

Charlotte built its first double-digit lead early in the third when P.J. Washington’s steal and slam capped a 12-1 run that put the Hornets ahead 81-70. Charlotte forced six turnovers during the spurt and scored four baskets off those turnovers — highlighted by 3-pointers on three straight possessions from Ball, Hayward and Washington.

Utah erased the deficit and went back ahead on back-to-back baskets from Clarkson and Niang before the third quarter ended. Their buckets sparked the team’s decisive 26-2 run.

The Jazz opened the fourth with baskets on five straight possessions. Consecutive 3-pointers from Mike Conley and Niang punctuated the run and gave Utah a 111-92 lead.

“We could not score,” Hornets coach James Borrego said. “And we could not set our defense. That’s the challenge with the young group is when you’re not scoring, can you come back and still have the same intensity?”

Hornets: Hayward exited with a wrist injury with 10 minutes left. He did not return and is day-to-day. … Charlotte got charged a technical foul late in the third quarter for having six players on the court with an active ball.

Jazz: Utah became the fastest team in NBA history to make 500 3-pointers in a season, reaching the milestone in just 31 games. … Rudy Gobert and Snyder were both called for technical fouls in the fourth quarter.

Niang broke a shooting slump in spectacular fashion, making as many 3-pointers as he did in his previous four games combined. He shot 2 of 10 from the field during the two-game series against the Clippers a few days earlier.

The reserve forward finished 7 of 7 from 3-point range in the second 20-point game of his NBA career. Niang’s 21 points were a season high.

“I just like the fact he didn’t hesitate, and he kept shooting,” Snyder said. “That’s how you break through is if you keep shooting.” 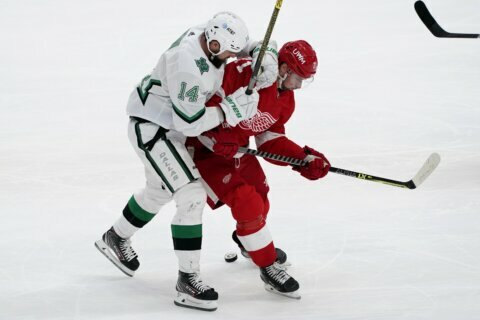 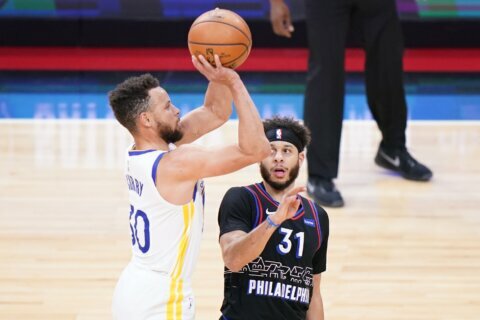 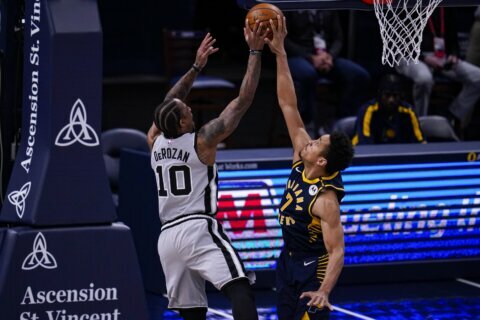