The Memphis Grizzlies understand the Western Conference just keeps getting tougher and that little is expected from the rebuilding franchise.

They’re young enough that they simply don’t care and plan to use that as motivation.

“I know for me it is, and I know it is for my teammates as well,” Grizzlies point guard Ja Morant said. ” We know what we have to do right now. … And at the end of the season, you know, if we do the right things, we’ll be in a position to make playoffs.”

The Grizzlies went to Florida in July holding the No. 8 and final spot for the postseason in the Western Conference. They wound up losing a play-in series with Portland and went home just missing the playoffs.

Still, they finished 34-39, well ahead of projections that put them near the bottom of the standings. That strong finish didn’t help expectations for this season with Memphis picked to win 29 or 30 games at best.

Memphis has some coaching stability with Taylor Jenkins going into his second season. Morant was the nearly unanimous pick as the rookie of the year. The Grizzlies also had two members of the NBA All-Rookie first team in Brandon Clarke with Morant a unanimous pick.

Forward Kyle Anderson says the Grizzlies also know each others’ style of play now as they prepare to start the season Dec. 23 hosting San Antonio.

“I think we have a very unselfish group which will always play in our favor,” Anderson said. “Being that we had the season under our belt, now we’re coming back Season Two pretty much same team and ready to get after it.”

Guard Dillon Brooks said the Grizzlies understand they have to pay attention to detail and be ready to play every night, especially with the West getting better.

“With the core that we’ve got and the players we’ve added, we can do special things,” Brooks said.

The Grizzlies will start the season with Jaren Jackson Jr. and Justise Winslow still recovering from injuries suffered in the bubble. Jackson hurt his left knee in the third game in Florida, while Winslow hurt his hip during a scrimmage before the seeding games began. Winslow, a trade acquisition in February, has yet to make his debut in a Grizzlies’ game.

“We’re going to miss them,” center Jonas Valanciunas said. “But now it’s time to step up for everybody else. We got to fill their shoes. And and, you know, we’ve got to keep waiting and keep doing our best job.”

Memphis took some big strides in Jenkins’ first season. The Grizzlies led the NBA scoring points in the paint, averaging 55.9 points inside per game thanks to Morant’s driving ability and Valanciunas’ play inside.

Memphis got 3-point shooter Desmond Bane of TCU after trading with Boston up to No. 30 in the draft and sent the 40th pick overall to Sacramento to select a strong defender in Michigan State’s Xavier Tillman. Bane shot 43.3% beyond the arc over four seasons at TCU, including 44.2% as a senior. Tillman played with Jackson during the his lone season at Michigan State in 2017-18.

The Grizzlies had a pair of players who led the NBA in personal fouls last season with Brooks having a league-high 278 fouls followed by Jackson with 232. Brooks said that’s an area both he and Jackson have to improve. 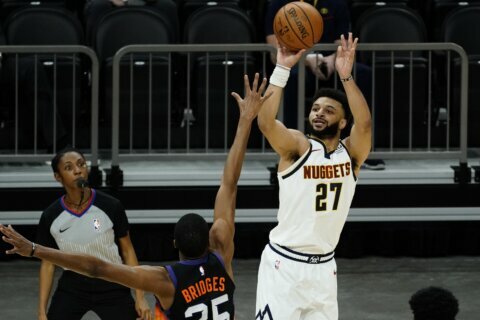 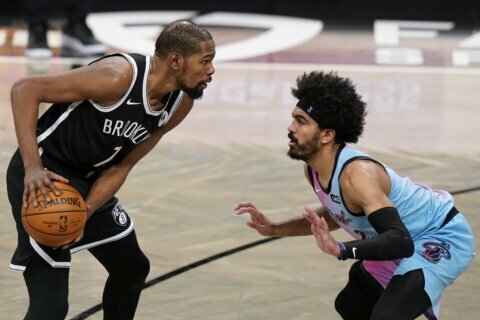 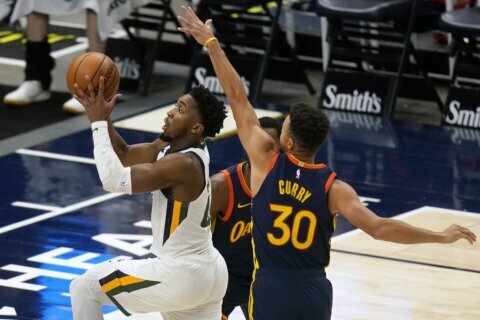