Raptors hold Knicks to 3 for 36 from 3, win without Siakam

TAMPA, Fla. (AP) — The New York Knicks might have been able to take advantage of the absence of Toronto forward Pascal Siakam on Thursday night if they could have made some outside shots.

Fred VanVleet scored 25 points and the Raptors, playing without their star forward, earned their first victory this season by beating the Knicks 100-83.

New York’s bid for a three-game win streak was ruined by 3-for-36 shooting from 3-point range.

“If we would have made some of our 3s, we probably would have had a good chance to win,” Knicks coach Tom Thibodeau said.

Siakam, who left the court promptly in frustration Tuesday night after fouling out of a game at Philadelphia, was on the Toronto bench but not in uniform. Norman Powell started at small forward and finished with 17 points after making three of Toronto’s first four baskets.

“Obviously it was a disciplinary thing for an internal matter. Let’s keep it at that for tonight,” Toronto coach Nick Nurse said.

Julius Randle had 16 points and 10 rebounds for the Knicks (2-3). Reggie Bullock and RJ Barrett combined to go 0 for 17 from behind the arc.

The Knicks fell behind by as many as 11 points early in the game and were were shooting only 29% (11 for 38) midway through the second quarter. But Randle scored eight straight points and put New York ahead for the first time with a three-point play with 1:29 left in the first half.

Mitchell Robinson’s layup early in the second half put the Knicks up 52-45, their biggest lead of the game. But Alex Len made three of Toronto’s six 3-pointers in the third quarter, shooting the Raptors back into a seven-point lead by the end of the period.

“We were in the game,” Randle said. “Obviously 3-for-36 shooting doesn’t help but overall we thought it was a very winnable game for us.”

Raptors: The Raptors started 0-3 for only the second time in franchise history. … The Raptors have won nine straight and 17 of their last 18 against the Knicks. … The Raptors finished 31-11 in regular-season games in 2020.

Siakam’s apparent one-game suspension was the climax of a frustrating start for the Raptors, who are only 18 months removed from an NBA championship. “Tension might be a bit strong but there’s certainly a lot of seriousness. We need to win a game,” Nurse said before the game. “They don’t like to lose. They’re invested in this thing and they don’t like the feeling they’ve had.”

Knicks: Play the third game of a four-game road trip at Indiana on Saturday.

Raptors: Play at New Orleans on Saturday in a rematch of the Pelicans’ 113-99 victory in the season opener. 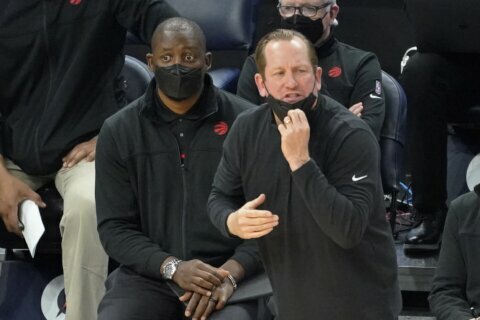 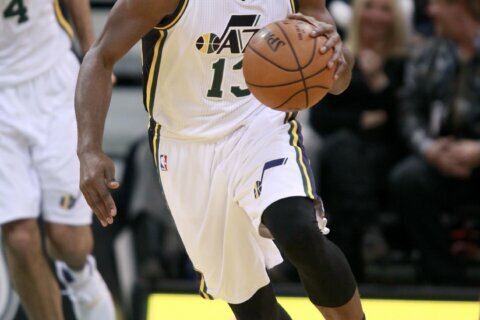