Luka Doncic will have to wait for European sidekick Kristaps Porzingis to join him for their second season together after…
Listen now to WTOP News WTOP.com | Alexa | Google Home | WTOP App | 103.5 FM

Luka Doncic will have to wait for European sidekick Kristaps Porzingis to join him for their second season together after the pair led Dallas to the playoffs for the first time in four years.

The Mavericks emphasized defense and toughness in the offseason while trying to build their roster around the young stars who want to get the franchise out of the first round for the first time since its only championship a decade ago.

Josh Richardson and James Johnson came in trades, former Arizona defensive ace Josh Green in the first round of the draft and two-time NCAA champion Jalen Brunson and versatile forward Dwight Powell are back from injuries.

“We’ve got to be very competitive,” said coach Rick Carlisle, getting ready for his 13th season in Dallas. “We’ve got to be tough-minded, unselfish. I want us to be an edgier team defensively. I think we’ve added pieces that will help us do that.”

Porzingis will miss the start of the season coming off surgery for a knee injury that sidelined the 7-foot-3 Latvian for the final three games of a six-game loss to the Los Angeles Clippers in the playoff bubble in Florida. Carlisle says January is the target for a return.

Doncic, a first-time All-Star in his second season in 2019-20, and Porzingis were the first pair of 20-point scorers for Dallas in 12 years. Doncic was sixth in the league at 28.8 points per game, Porzingis finished at 20.4.

Porzingis played in two more playoff games after injuring his right knee in his postseason debut, getting 34 points and 13 rebounds the game before he was shut down.

“Everybody knows that we’re capable of taking the next step,” Porzingis said. “That’s what excites everybody. We cannot also look that far ahead. We have the regular season that we have to play and prove that we belong there.”

The 21-year-old star from Slovenia led the NBA with 17 triple-doubles and is already in the MVP conversation. The point guard’s playmaking skills have led the franchise to build just about everything around him. The newcomers see it, too.

“What are you really going to say about the guy?” Richardson asked. “He just does anything you need him to. I’m just trying to make it easier for him and find my spots. He kind of makes the game easy.”

Brunson wasn’t even in the bubble after having season-ending surgery on a right shoulder injury that sidelined him after Feb. 22. Powell tore his right Achilles tendon Jan. 21 but joined the club in Florida, which Carlisle said helped the forward-center build confidence through his rehab.

The Mavericks wanted Richardson, who came from Philadelphia, to give Doncic a defensive-minded backcourt mate. But the sixth-year player was 5 of 6 from 3-point range and scored 23 points in a second straight preseason win over Milwaukee. Richardson appears to be a starter along with Tim Hardaway Jr., even after Porzingis returns.

After Richardson, Brunson and Hardaway, Trey Burke offers another option after excelling in the bubble as a late add for the Mavericks. Like Hardaway, Burke came with Porzingis in the blockbuster trade with the New York Knicks. Dallas didn’t keep him after the 2018-19 season, but Philadelphia dumped Burke not long before the coronavirus shutdown. He scored 31 points in the first game in Florida and 25 in one of the playoff wins over the Clippers.

The Mavericks haven’t been seeded in the top four in the Western Conference since Dirk Nowitzki led them to the title. This is probably their best chance since then to have home-court advantage in the first round.

“I believe we have to be up there in the Western Conference,” Porzingis said. “Obviously it’s a tough conference, a lot of really, really good teams. A lot of experienced teams. I believe we have to make that next step this season, the highest expectations we can imagine. That has to be our end goal. I don’t know when we will get there, but we’re working toward that.” 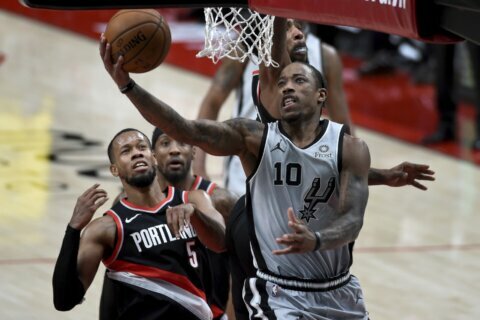 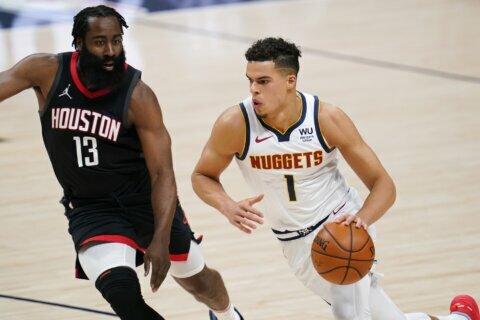 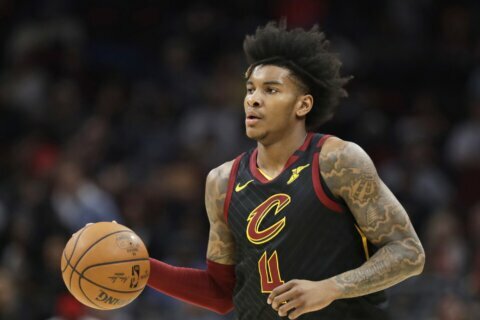