“It’s not something that just happens overnight,” Young said Tuesday.

“We’ve added a lot of new guys with different talents who bring a lot of different things to the game. It’s going to be fun learning and figuring out where they like the ball the best and things like that.”

There’s not much time to find the new mix. The NBA season opens on Dec. 22. The Hawks’ preseason opener is Dec. 11.

Just don’t suggest to Young that it’ll be an adjustment for him to share the ball with established shooters in Atlanta’s lineup. Young was fourth in the league in scoring and shots from the field last season, but he’s quick to note he also was second in assists.

The offseason additions by general manager Travis Schlenk make Atlanta a contender to return to the Eastern Conference playoffs for the first time since 2017. Bogdanovic, Gallinari and others provide needed help for an offense that relied too heavily on Young and forward John Collins.

The Hawks had free-agent funds available and they found veteran players eager to join the rebuilding effort.

“This is the new free-agent destination,” Hawks coach Lloyd Pierce said Tuesday. “Everybody wants to come to Atlanta and that’s how we want to keep it. … They know we can do something special here and they’re excited to be a part of it.”

Another player poised for his Atlanta debut is center Clint Capela, who was recovering from an injury when he was acquired from Houston last season.

This year’s first-round draft pick, former Southern Cal center Onyeka Okongwu, should add more defense while he is expected to play behind Capela and Collins.

The wealth of depth is a new luxury for the Hawks.

“You look at all the positives and your mind just starts to race,” Collins said.

Suddenly, there will be a more intense competition for starting spots and playing time.

“I think we’re all interested to see how that’s all going to mesh together,” Collins said, adding the depth “also creates a competitive edge and gives guys that mindset that every possession counts and if I do mess up or whatever there’s another guy on the bench who can take my spot.”

The Hawks won only 20 games before the coronavirus pandemic left them in the bottom eight of the NBA and secluded from the NBA bubble in Orlando. Being left out of the bubble motivated Collins.

“Obviously it hurt to not be there,” Collins said. “… It gave me more motivation each morning to go get my workout in.”

The Hawks have missed the playoffs while finishing with fewer than 30 wins for three consecutive seasons. The busy offseason created a buzz that has been missing in Atlanta. 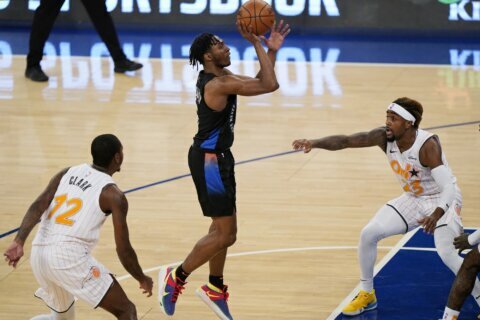 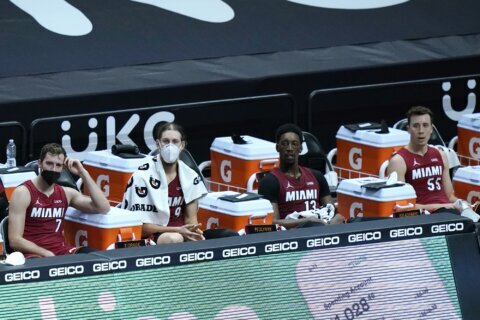