DeRozan leads Spurs past Grizzlies as Morant has 44 points

Morant — the reigning rookie of the year — had 34 of his career-high 44 points in the second half. While that helped carry the Grizzlies offensively, it wasn’t enough to put a deep dent in San Antonio’s double-digit lead through much of the second half.

“I’m not happy at all,” Morant said when asked about the career-high, adding: “We came up short. So, learning from this game and prepare for the next.”

While the game tipped off the Grizzlies 20th season in Memphis, things were toned down from the normal baptism of a new campaign. FedExForum was void of any fans, leaving any crowd noise to recorded reactions.

“I thought our guys, our young guys competed hard, really showed themselves well for the first game we played together,” Spurs coach Gregg Popovich said. He later added that Murray’s defense “did a good job making Morant work.”

“At the end, I think we were probably a little bit tired. But Morant just took it in his own hands and decided to attack the rim. I don’t think we got back really well the last six, seven minutes of the game. But, fortunately, we were able to continue scoring.”

“I think we got a little sloppy toward the end,” Murray said. “But like I said, we fought, we played together, and we made it happen and we came out with a win.”

Dillon Brooks scored 16 for the Grizzlies, while Jonas Valanciunas added 15 points and 13 rebounds.

The Spurs, who fell behind early as Memphis was connecting on 3-pointers, clamped down on defense in the second quarter. The stingy defense and much better shooting by the Spurs helped San Antonio to a 66-53 lead at the break.

“They really picked up their pressure in the second quarter, which I think really think impacted both sides of the ball,” Memphis coach Taylor Jenkins said.

Spurs: Fourth-year G Derrick White was out recovering from left toe surgery. …Wore their City Edition jerseys with the fiesta colors – teal, pink and orange – across the chest and down the side of the shorts. … G Patty Mills connected on a 3-pointer in the second quarter, moving him ahead of Allen Iverson for 99th on the all-time made 3-pointer list with 1,060.

DANCIN’ POP: Spurs swingman Lonnie Walker IV apparently is trying to help coach Gregg Popovich into music, teaching the San Antonio coach about some of the better rap artist. “The only ones that I listen to are the ones you can dance to,” Popovich said. “If you can’t dance to it, then it’s not good.”

Spurs: San Antonio has its home opener Saturday against the Toronto Raptors.

Grizzlies: Face the Atlanta Hawks in a Saturday matinee before heading out on its first road trip of the season – three games against Eastern Conference opponents. 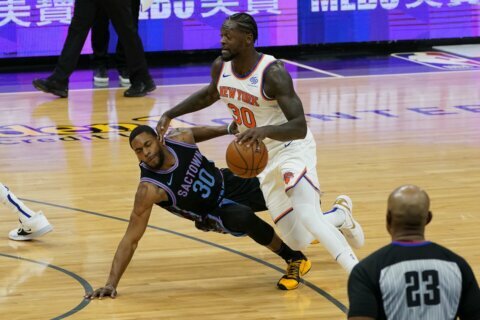 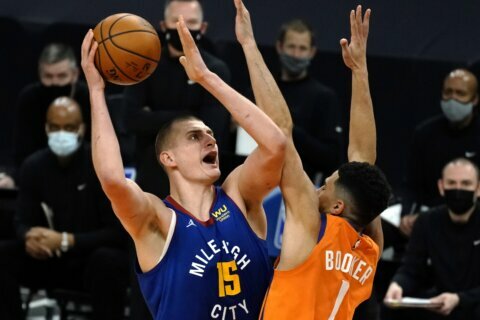 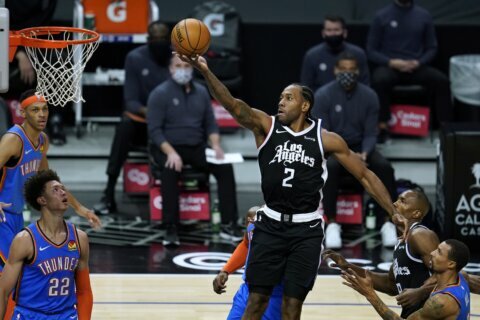