CORONAVIRUS NEWS: What to do, and not do, before and after your first shot | Prince George’s Co. enters new vaccination phase | Latest coronavirus test results
Home » NBA News » Denver Nuggets re-sign Paul…

The 14-year NBA veteran helped the Nuggets reach the Western Conference Finals for the first time since 2008-09 and his re-signing comes after Denver lost key frontcourt players Jerami Grant and Mason Plumlee in free agency.

Last month, Millsap’s agent, DeAngelo Simmons, told The Athletic that Millsap’s deal with Denver would be worth more than $10 million.

Millsap signed a three-year, $90 million deal with Denver in 2017 and last year he was set to make $30 million before having to take a coronavirus pay cut like the rest of the NBA’s players. 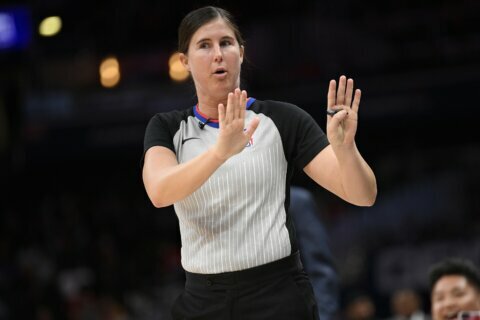