Antetokounmpo won’t say whether he will sign supermax offer

MILWAUKEE (AP) — Giannis Antetokounmpo praised the “amazing” moves the Milwaukee Bucks have made to improve the team, but the two-time reigning MVP stopped short Wednesday of saying he would sign a supermax contract extension offer.

Antetokounmpo, who turned 26 last week, would be able to receive up to 35% of the salary cap with an 8% escalation each year of the deal under a supermax extension. The Bucks were able to offer a five-year deal worth over $220 million.

He has until Dec. 21 to sign the extension, or else he will be eligible to become a free agent after the 2020-21 season. Antetokounmpo said he is letting his agent handle any contract discussions.

“I’m not going to lie to you,” Antetokounmpo said. “I’m not the type of player who talks with his agent five times a week or seven times a week.”

The Bucks spent the offseason trying to upgrade their roster, with mixed success, after they posted the NBA’s best regular-season record in each of the last two years only to fall short in the playoffs.

The Bucks acquired veteran guard Jrue Holiday as part of a four-team trade in which they gave up guards Eric Bledsoe and George Hill and a package of picks. But a widely reported sign-and-trade with Sacramento that would have brought sharp-shooting swingman Bogdan Bogdanovic to Milwaukee fell through as the NBA investigated whether the teams reached an agreement earlier than allowed by league rules.

Milwaukee followed that up by re-signing guard Pat Connaughton and agreeing to terms with free-agent guards D.J. Augustin and Bryn Forbes and forwards Torrey Craig and Bobby Portis.

“I think their moves have been amazing,” Antetokounmpo said. “All the guys we got, they can help the team, they can defend. Having Holiday on the team is big time. He’s a great leader. He’s a great human being. He can defend. He can score the ball. He’s going to bring that edge that we need. The rest of the guys, I think they’re going to help us, too.”

The Bucks lost to the Miami Heat in the second round of the playoffs last season after blowing a 2-0 lead to Toronto in the 2019 Eastern Conference finals. The Bucks struggled to adapt to the Walt Disney World bubble and never regained the form they showed before the pandemic-imposed hiatus.

“Last year, we weren’t ourselves,” Antetokounmpo said. “What we showed in the bubble wasn’t ourselves and wasn’t even close to what we can do. Going into this season, our focus is obviously the championship, but before that we’ve got to get better as a unit. We’ve got to create good habits. We’ve got to be the toughest, the nastiest, the team that plays together.”

He added that he doesn’t believe “it’s a championship-or-bust situation.”

Milwaukee is chasing its first NBA title since Kareem Abdul-Jabbar led the Bucks to the championship in 1971. Abdul-Jabbar demanded a trade and was dealt to the Los Angeles Lakers in 1975. Now the Bucks are trying to make sure their biggest star since Abdul-Jabbar also doesn’t leave town.

The Bucks say the uncertainty surrounding Antetokounmpo’s future hasn’t impacted the team’s focus as it gets ready for the season.

Teammates have responded to the situation by showing their sense of humor. When Antetokounmpo celebrated his 26th birthday on Sunday, each of the Bucks gave him a pen as a gift. All-Star forward Khris Middleton said at the time that “hopefully he enjoys it and uses it.”

“At first, I didn’t get it,” Antetokounmpo said. “Khris came in and gave me a pen and I was like ‘What is this?’ But after thinking about it, I realized it was for me to sign the contract. I laughed the first time, I laughed the second time and then I got like 20 pens so it got a little bit old. But I’ve got 20 pens sitting in my locker.” 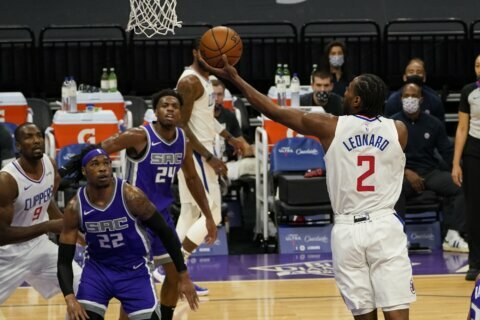 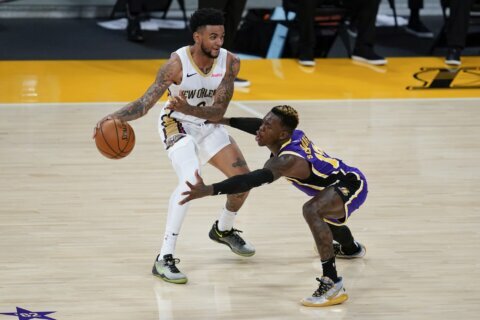