Pistons draft Hayes as first of trio of first-round picks

DETROIT (AP) — If there were any doubt that new general manager Troy Weaver would be willing to shake up…
Listen now to WTOP News WTOP.com | Alexa | Google Home | WTOP App | 103.5 FM

DETROIT (AP) — If there were any doubt that new general manager Troy Weaver would be willing to shake up the Detroit Pistons, it’s obvious now.

Detroit agreed to trade guard Luke Kennard to the Los Angeles Clippers in a deal that brought the No. 19 pick in Wednesday night’s NBA draft to the Pistons, according to a person with knowledge of the trade who spoke on condition of anonymity because it had not been announced.

The trade gave Detroit a third first-round pick. The Pistons took point guard Killian Hayes at No. 7 and ended up with Isaiah Stewart from Washington at No. 16 after agreeing to a trade for that pick. Saddiq Bey from Villanova was the selection at No. 19.

“We just wanted to be aggressive and attack the draft,” said Weaver, who could discuss Hayes but couldn’t talk much about trades that weren’t official yet. “That’s always going to be our way of doing business when it comes to the draft. Gives us a chance to continue to build on the foundation and improve the culture.”

This is Detroit’s first offseason under Weaver, who was hired this year. The Pistons still have Blake Griffin, but they traded big man Andre Drummond last season and bought out point guard Reggie Jackson. Detroit has not won a playoff game since 2008 and went 20-46 last season.

Now Kennard — who averaged 15.8 points a game last season — is on the way out, and the Pistons have a trio of first-round picks who might help them in their rebuild.

In addition to the trade with the Clippers, Detroit also agreed to deals with Houston and Utah, according to the person who spoke with AP. The Pistons received the 16th pick and Trevor Ariza and sent a protected future first-round selection to the Rockets. Detroit also agreed to a deal bringing Tony Bradley and the 38th pick from Utah for cash and future considerations. That second-round pick was used on Vanderbilt guard Saben Lee.

The 6-foot-5 Hayes was one of the draft’s top international prospects. He was born in Florida but grew up in western France. The Pistons went the international route in the first round last year as well when they took Sekou Doumbouya, a Guinea native who moved to France when he was young.

Hayes, a 19-year-old lefty who has played in France and Germany, has good size for his position. He averaged 11.6 points and 5.3 assists per game in 2019-20 in Germany’s top league. His father, DeRon, played at Penn State and went on to a lengthy pro career in Europe.

“He’s got great size,” Weaver said. “He’s physical at the point of attack on offense and defense.”

The 6-foot-9 Stewart averaged 17 points last season as a freshman at Washington. He had 14 double-doubles, tied for the most in the Pac-12. 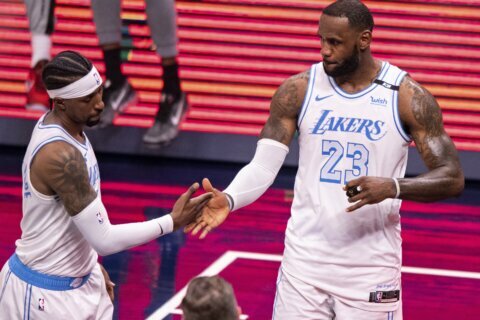 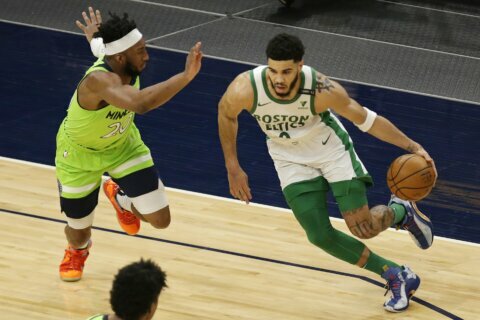