ATLANTA (AP) — The Atlanta Hawks need to bulk up at the defensive end. They’re counting on Onyeka Okongwu to become one of their stoppers.

The Hawks added to their young nucleus by selecting the Southern Cal center with the No. 6 pick in the NBA draft on Wednesday night.

The 6-foot-9, 245-pound Okongwu joins Trae Young and John Collins on a team that is looking to take a major leap forward after three straight losing seasons.

Okongwu’s defensive skills stood out to the Hawks, who ranked last in the league in points allowed (119.7 per game).

While a bit undersized for a center, Okongwu demonstrated elite shot-blocking skills in his lone season with the Trojans.

“I play a lot of defense, so I’m defensive minded,” he said. “I love playing defensive. I anticipate everything. I know what’s going to happen before it even happens, this natural ability I have.”

Okongwu also has good touch around the basket, shooting nearly 62% from the field for USC. He didn’t show much shooting range, but the Hawks believe he has the potential to become more of an outside threat.

“He’s a good free-throw shooter,” Schlenk said. “We think with time, he’ll be able to extend his range offensively.”

Okongwu has been inspired to succeed since his older brother Nnamdi died from a skateboard accident in 2014.

“I just promised myself that no matter what I do for the rest of my life, I’m going to keep my brother’s legacy alive,” Okongwu said. “His life was cut short, but his little brother is here to keep his memory alive forever and always.”

In the second round, Atlanta took LSU shooting guard Skylar Mays at No. 50 overall. He averaged 16.7 points per game last season.

The Hawks added to their haul of youthful talent since launching a massive rebuild just two years after making a surprising run to the Eastern Conference finals in 2015.

They selected Collins in the first round in 2017, landed Young in a blockbuster draft-night trade in 2018, and grabbed De’Andre Hunter and Cam Reddish with first-round picks a year ago.

Now, they’ll be looking to add some veteran players to the roster. Schlenk has more than $43 million in cap space to use in free agency, which begins this weekend.

“We’ve got a lot of cap space,” he said. “We’re looking to be active, try to go get some guys who will go well with the young core we’ve been able to get through the draft.”

Okongwu gives the Hawks a couple of new centers heading into the pandemic-delayed season. The team acquired Clint Capela from Houston in a trade-deadline deal last season, though he was injured at the time and didn’t get a chance to play for Atlanta before the season was halted by the coronavirus. 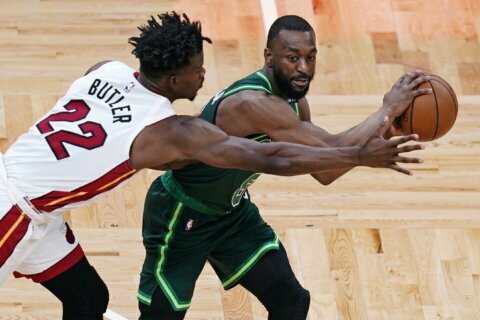 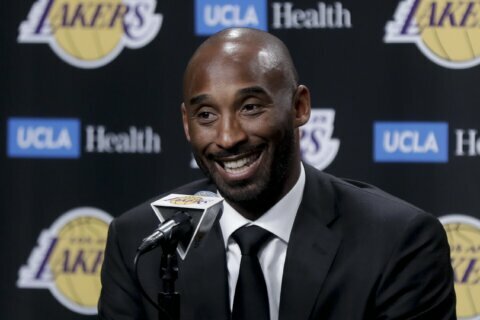 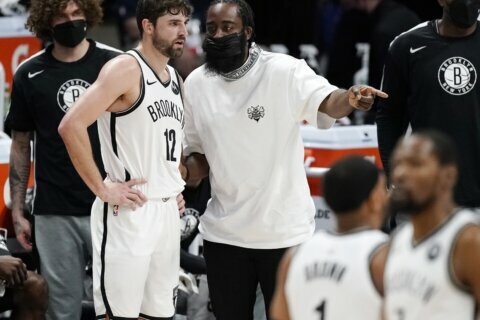