It was one of several anticipated moves that Portland formally announced Sunday. The Blazers also re-signed forward Rodney Hood, who was injured for much of last season, and signed free-agent forward Derrick Jones Jr.

Anthony, a 17-year NBA veteran, averaged 15.4 points, 6.3 rebounds and 1.5 assists in 58 games with the Blazers this season. He signed with Portland last November after being out of the game for a year.

Anthony played seven-plus seasons for the Nuggets before being traded in 2011 to the New York Knicks, where he spent six-plus seasons. He also has played one season each with Oklahoma City and Houston. The Rockets traded him to Chicago in January 2019 but the Bulls cut him before he played a game.

Hood, a six-year veteran, declined a $6 million player option with Portland earlier this week, becoming a free agent. He signed a new two-year deal with the Blazers but the terms were not made public.

Hood averaged 11.0 points and 3.4 rebounds in 21 games, all starts, with the Blazers last season before he tore his left Achilles tendon. He did not play with Portland in the bubble in Florida.

“Rodney played a critical role in our run to the Western Conference Finals in 2018-19 and was off to a great start last year prior to his season being cut short due to injury,” Neil Olshey, president of basketball operations, said in a statement. “Now fully healthy we expect him to make an immediate impact and are pleased he chose to stay in Portland.”

Sunday was the first day that most NBA free-agent contracts could be signed. Free agent talks around the league opened Friday evening, and many of the deals that were struck over the weekend started becoming official Sunday.

Jones, a four-year veteran, averaged 8.5 points and 3.0 rebounds with the Miami Heat last season. He played in 59 games including six starts.

Portland also formally announced that it had acquired veteran center Enes Kanter from Boston in a three-team trade. It is Kanter’s second stint with the Blazers, he was also with the team during its run to the Western Conference finals in the 2018-19 season.

The Blazers also acquired forward Robert Covington from the Houston Rockets in exchange for Trevor Ariza, the draft rights to Isaiah Stewart and a conditional future first round pick. The deal was reported before Wednesday’s draft, but it was not announced by Portland until Sunday.

Covington, a seven-year veteran who played for both Minnesota and Houston last season, is expected to start for the Blazers. He had total 115 steals, ranking third in the league, and 93 blocks last season while averaging 12.4 points, 6.6 rebounds and 1.3 assists.

“Robert is an elite defender and consummate professional that will make an immediate impact on both ends of the floor,” Olshey said. “His versatility enables him to play multiple positions and his character and professionalism will allow him to transition seamlessly into our culture.”

Among the teams invited to play in the bubble in Florida, the Trail Blazers made it to the NBA playoffs for the seventh straight season but they were knocked out in the first round by the top-seeded Los Angeles Lakers in five games. The Blazers finished the coronavirus-shortened regular season 35-39. 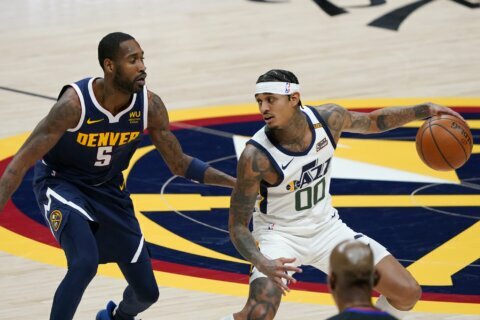 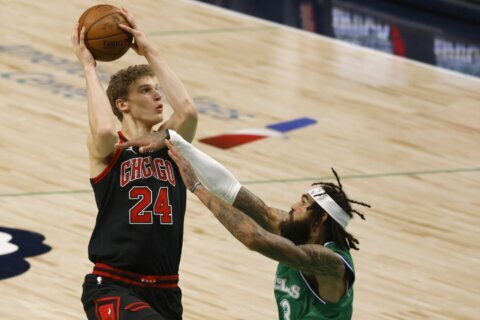 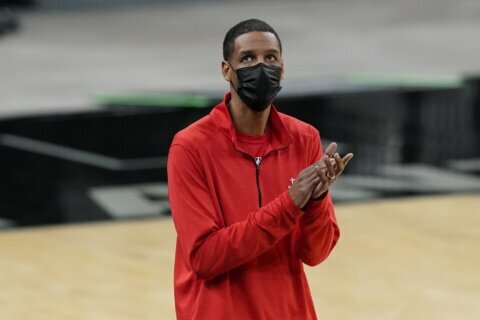