Schedule: Game 1 is Thursday; series will continue every other day until someone wins four game.

Story line: The Clippers are in the second round for the first time since 2015 and are seeking their first-ever trip to the Western Conference finals. Denver needed seven games — and all 48 minutes of Game 7 — to oust Utah in the first round and seeks its first West finals trip since 2009.

Key matchup: Clippers G Patrick Beverley vs. Nuggets G Jamal Murray. All Murray did in the first round was become one of four players in NBA history with a pair of 50-point games in the same series. Beverley has been slowed by injury, but the Clippers expect him to be ready for Game 1 — and one of the league’s premier defensive pests will surely waste no time introducing himself to Murray.

Injury watch: Denver is still without Will Barton (right knee), who would have been a key defender in this series as the Nuggets try to slow Kawhi Leonard and Paul George. 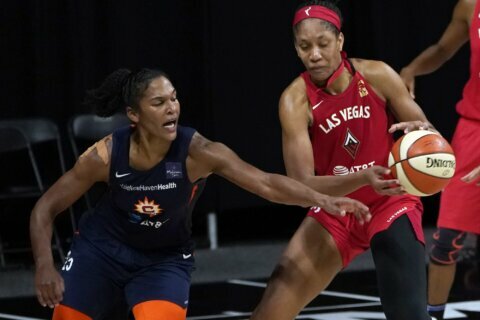