NBA fines Smart $15,000 for comments about foul on Giannis

NEW YORK (AP) — Marcus Smart was fined $15,000 by the NBA on Saturday for criticizing referees after the Boston Celtics guard claimed the officials changed a call Friday night to keep Milwaukee star Giannis Antetokounmpo from fouling out.

Antetokounmpo appeared to have picked up a sixth foul after he was called for charging when he crashed into Smart with 1:28 left. However, referees changed the call to a blocking foul after video replay, and Antetokounmpo converted a tiebreaking three-point play that helped Milwaukee pull out a 119-112 victory.

Smart said afterward the explanation from referees for changing the call was that he was too late, but he felt there was another reason.

“Quite frankly, I think we know all what that was all about. Giannis’ sixth foul and they didn’t want to get him out,” Smart said. “Let’s just call that spade a spade and that’s just what it is.” 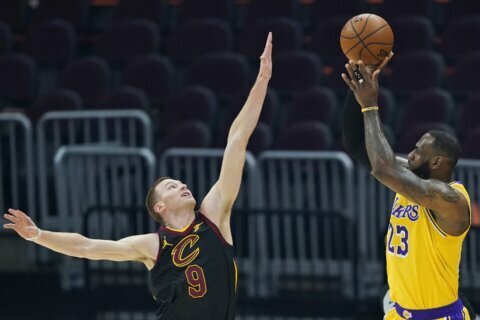