Payne has spent the last 10 years at Kentucky, where he has been John Calipari’s associate head coach since 2014. He was part of the staff that won the 2012 national championship and won its first 38 games in 2014-15.

Thibodeau said Payne has “an outstanding ability to forge relationships with players.”

“He knows what it takes to win and has learned from one of the best coaches there is in John Calipari,” Thibodeau added.

Thibodeau was hired last month as coach of the Knicks, who have been one of the NBA’s worst teams. Payne, on the other hand, has been part of one of college’s best.

The Wildcats reached four Final Fours and won 295 games with Payne working under Calipari, who like Thibodeau praised Payne’s relationships with players.

“As a basketball coach and a teacher, he could run any program in the country,” Calipari said. “Simply, he’s as good as they get.”

Payne, 53, also spent five seasons as an assistant with Oregon. He will now be reunited with former Wildcats Julius Randle and Kevin Knox in New York. He said it wasn’t easy to leave Lexington but that coaching in the NBA has been one of his dreams.

“I have a great job at Kentucky, and to think about leaving has been one of the hardest things I have ever done,” Payne said. “But I have also been offered an incredible opportunity with the New York Knicks and a chance to help restore what I believe should be the premier organization in the NBA.” 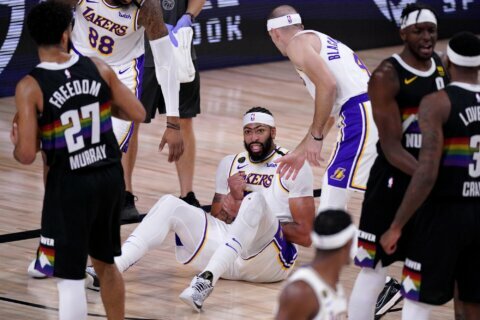