LAKE BUENA VISTA, Fla. (AP) — Jimmy Butler was not with the Miami Heat for practice Sunday, and one of his teammates suggested that he was quarantining away from the team.

The Heat said only that Butler, who scored 22 points in Miami’s restart-opening win over Denver on Saturday, had “an excused absence.” But Heat teammate Jae Crowder indicated that it wasn’t just a day off for Butler.

“It’s definitely a curveball for all of us to hear stuff like what’s going on with him,” Crowder added. “You never know what to expect.”

Heat coach Erik Spoelstra said he didn’t know whether Butler would be available to play Monday when Miami faces the Toronto Raptors. The Heat play the Boston Celtics on Tuesday.

Crowder’s reference to “quarantine,” especially in these times, suggests that there is a concern about the coronavirus. Everyone inside the NBA’s so-called bubble, players included, is tested daily for the coronavirus. Those tests results are often back within 24 hours, sometimes much less.

Also Sunday, the NBA sent a memo to team executives, coaches and health officers reiterating the importance of wearing face masks and coverings on the Disney campus, as well as adhering to social-distancing guidelines. The memo, a copy of which was obtained by The Associated Press, also stressed that eating or drinking while walking on campus is now prohibited.

Teams were instructed to share the memo with all players and hold a meeting by Wednesday to stress the importance of proper mask or face covering usage.

The NBA has yet to announce that any player has tested positive so far in the bubble at Walt Disney World, where 22 teams are participating in the restarted season. At the most recent testing update, revealed last week, the NBA said 344 players have been tested inside the bubble with no positives.

A pair of players tested positive upon their arrival at Disney last month and never made it out of quarantine.

The league told teams before the restart began that it expected “occasional false positive” or inconclusive results and has protocols for such situations — one of them calling for the individual to be placed into isolation or quarantine as soon as possible. 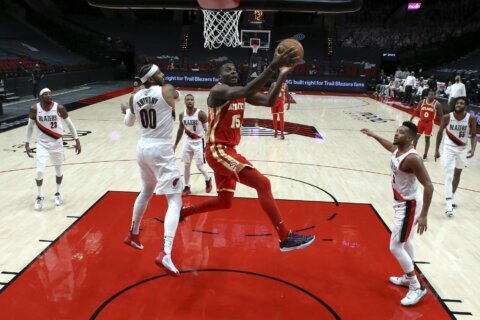 Lillard helps Blazers rally for a 112-106 win over Hawks 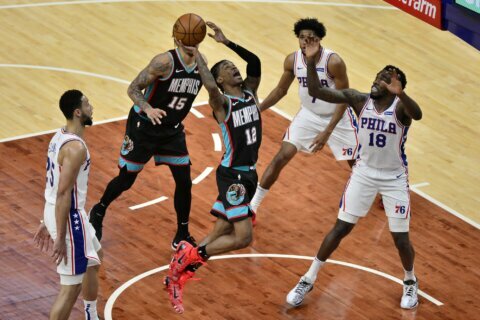 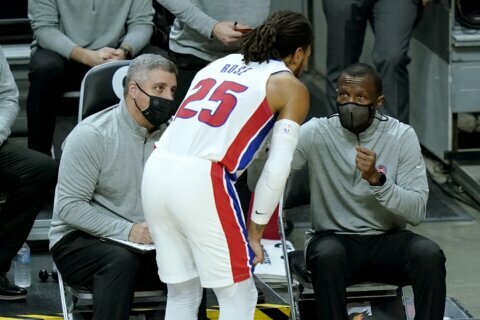 Pistons come into Miami and roll past reeling Heat, 120-100