MINNEAPOLIS (AP) — An ownership group led by longtime NBA player Arron Afflalo is putting together an offer to buy the Minnesota Timberwolves, two people with knowledge of the bid said.

The people spoke to The Associated Press on condition of anonymity Friday because the deal was still in the process of being submitted. The group will consist of two to five individuals with a net worth of more than $10 billion. According to the people, Afflalo’s group will submit the bid no later than this weekend.

Timberwolves owner Glen Taylor, who bought the club in 1994 to keep it from moving to New Orleans, has put the franchise up for sale on the condition it remain in Minnesota. Taylor has hired a merchant bank, The Raine Group, to broker talks. There are multiple groups interested, the 79-year-old Taylor said earlier this week. He also owns the WNBA’s Minnesota Lynx.

The Timberwolves have a lease at the city-owned Target Center that lasts through 2035. A $140 million renovation project on the arena was finished in 2017. In the latest sports franchise valuations from Forbes business magazine, the Timberwolves ranked 28th out of the 30 NBA teams, but still at $1.375 billion, albeit before the pandemic began.

Basketball Hall of Famer Kevin Garnett announced he’s part of one group trying to buy the team he starred for from 1995-2007. Garnett and Taylor had a falling out after his return to the Timberwolves in 2015. Garnett told The Athletic in an interview earlier this year that he doesn’t “do business with snakes,” but on Twitter this week Garnett said he looks forward to trying to work with Taylor to “achieve my dream” of NBA ownership.

Minnesota Vikings owners Zygi Wilf and Mark Wilf were recently contacted about their interest in buying the franchise. According to a person with knowledge of that situation, speaking on condition of anonymity because of the confidential nature of the negotiations, the Wilfs had back-and-forth conversations about a potential acquisition, but those talks are not active.

The people familiar with Afflalo’s group said the team won’t be relocated. The 34-year-old Afflalo would be the face of the group, with venture capitalist Brock Berglund spearheading the financing. The only Black primary owner in the NBA now is Michael Jordan in Charlotte.

It’s a diverse group seeking to place minorities in positions of power and uplift the community in the wake of the death of George Floyd, the handcuffed Black man who died after a Minneapolis police officer pressed a knee into his neck for nearly 8 minutes.

Known for his defensive tenacity, Afflalo played in 762 games over a dozen years for Detroit, Orlando, Denver, New York, Sacramento and Portland. His career earnings from NBA salaries topped $58 million, according to Basketball Reference.

Afflalo was drafted 27th overall in 2007 by the Pistons, where his first coach was the late Flip Saunders and who started Afflalo in the first game of his rookie season. Saunders’ son, Ryan, is the current coach of the Timberwolves.

A native of California, Afflalo helped UCLA advance to the national title game during the 2006 NCAA Tournament before falling to Florida. One of the iconic images of the tournament was when Afflao stopped his celebration after his team beat Gonzaga to console Adam Morrison, who was lying on the floor in tears. The gesture was hailed as a picture of sportsmanship.

Afflalo was also featured in a song by Grammy Award-winning hip-hop artist Kendrick Lamar. In the song “Black Boy Fly,” Lamar wrote: “I used to be jealous of Arron Afflalo. He was the one to follow. He was the only leader foreseeing brighter tomorrows.”

Lamar and Afflalo went to the same high school in Compton, California. 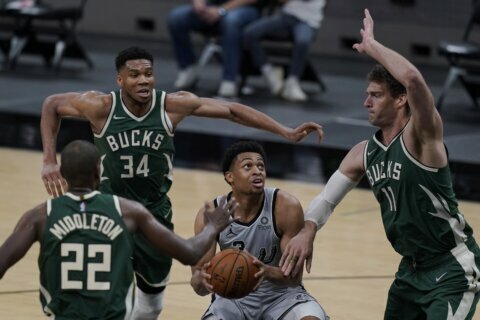 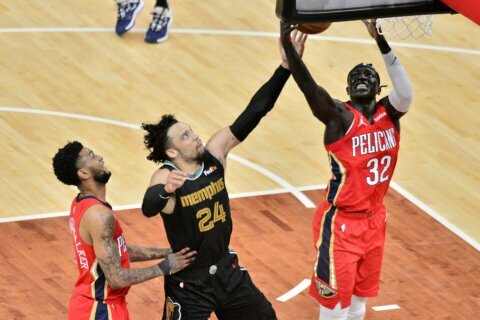 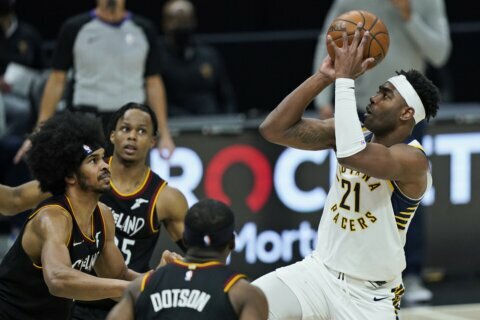