Attorneys for Zion Williamson’s former marketing agent are continuing their legal push to examine whether the former Duke All-American accepted improper benefits before playing for the Blue Devils, allegations the NBA rookie’s attorney said are “baseless.”

Prime Sports Marketing and company president Gina Ford filed a lawsuit last summer in a Florida, accusing Williamson and the agency now representing him of breach of contract. That came after Williamson had filed his own lawsuit a week earlier in North Carolina to terminate a five-year contract with Prime Sports after moving to Creative Artists Agency LLC.

In a court filing Tuesday in the North Carolina case, Prime Sports-Ford attorneys continued to argue that last summer’s No. 1 overall NBA draft pick didn’t meet the definition of a student-athlete because he was “ineligible/permanently ineligible” to play college sports. The filing references housing for Williamson’s family during his time with the Blue Devils as well as three luxury SUVs registered by his mother and stepfather between December 2017 and April 2019 — the latter being the same month Williamson announced he would go pro before ultimately being picked by the New Orleans Pelicans.

Attorneys for Prime Sports and Ford argue the Uniform Athlete Agents Act wouldn’t apply if he was ineligible to play college basketball from the start.

Jeffrey S. Klein, Williamson’s attorney, issued a statement Wednesday that said the latest filing is “a shameful attempt to distract from their admitted violations of North Carolina law.”

“As Duke University stated in 2019, they and the NCAA both investigated and confirmed Mr. Williamson’s student-athlete eligibility,” Klein said. “The defendants’ baseless allegations are a continuation of the predatory acts the agent statute was designed to protect against.

“Mr. Williamson looks forward to his day in court in North Carolina and, until then, remains focused on the NBA season and proudly representing his family, fans, and the city of New Orleans.”

The Prime Sports-Ford attorneys say they want to question Williamson, his mother and stepfather, as well as Duke coach Mike Krzyzewski in the pretrial discovery process.

“The UAAA does not protect a party who pretends to be a ‘student-athlete’ nor one who may have concealed prohibited conduct that renders him/her ineligible and/or permanently ineligible, but, yet, continues to play in a collegiate sport undetected,” the filing from the Prime Sports-Ford attorneys states.

This week’s filing follows last month’s effort in Florida by the Prime Sports-Ford attorneys have Williamson questioned about whether he received improper benefits, though they offered no evidence of wrongdoing. A judge there initially denied Williamson’s attempt to block that effort, though a Florida appeals court later temporarily granted Williamson a stay to pause proceedings.

Duke spokesman Michael Schoenfeld declined to comment Wednesday since the school isn’t a party to either lawsuit. He again referred to a January statement that the school had reviewed Williamson’s eligibility previously and found no concerns. 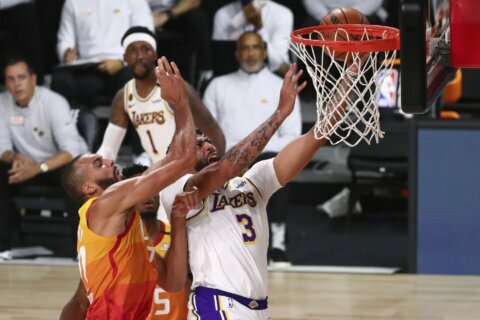 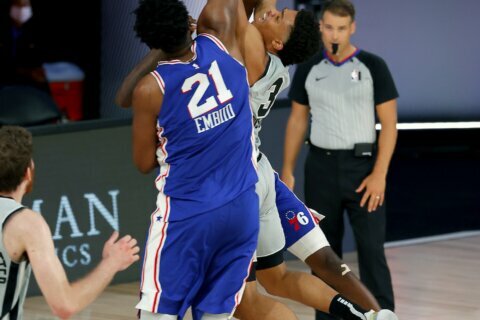 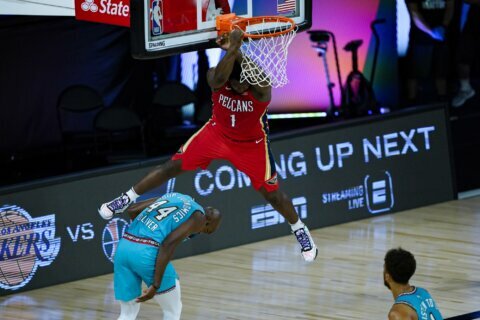