By now, we shouldn’t be too surprised by this cultural contradiction known as Adam Sandler. It’s obvious that Sandler, the…
Listen now to WTOP News WTOP.com | Alexa | Google Home | WTOP App | 103.5 FM

By now, we shouldn’t be too surprised by this cultural contradiction known as Adam Sandler.

It’s obvious that Sandler, the actor, is capable of extraordinary range — not in the traditional, Meryl Streep sense, but a range of incredibly good (“Punch-Drunk Love”) to painfully bad (the horrendous “Jack and Jill”) and incredibly good again, as in “Uncut Gems,” a frenetic, compulsively watchable, exhausting and exhilarating collaboration with Josh and Benny Safdie.

What’s less discussed, perhaps, is what links these performances. In all these films, Sandler presents the predicament of a man-child, someone who has aged physically and perhaps intellectually but not emotionally. How does such a man get through life, and what about the people who have to live with him? Can he survive, and can they? In his best performances, Sandler offers a dark, bruising exploration of this state of being that actually tells us something.

And this is indeed one of his best.

“Uncut Gems” declares itself right away with an extraordinary opening credits sequence, taking us from the claustrophobic tunnels of a mine in Ethiopia, where precious gems emerge from volcanic ash, to the similarly claustrophobic Diamond District in Manhattan, where such gems gleam in glass cases in a warren of small shops, one belonging to jeweler and gambling addict Howard Ratner (Sandler).

It also takes us, in one mesmerizing shot, from the insides of a rare black opal, with its brilliant hues and psychedelic imagery, to the slippery insides of a human colon — yes, we’re witnessing Howard’s colonoscopy! If the secret to a man’s heart is through his stomach, the secret to his psyche may be through his colon, the Safdies seem to be saying. In film theory, this could be a first.

The year is 2012. Kevin Garnett is still playing for the Boston Celtics and The Weeknd is a relative newcomer to the music scene. Both men play fictionalized versions of themselves here, Garnett in an especially pivotal role.

One day, Garnett pays a visit to Howard’s shop, ushered in by one of Howard’s unofficial collaborators, a hustler (Lakeith Stanfield) who gets a cut of the action. Just like its owner, the shop itself seems in constant noisy flux, always on the brink of catastrophe. The buzzer system never seems to work, and this takes on increasing significance; visitors can become trapped in the tiny enclosed foyer leading to the outside. The basketball connection is also significant; Howard is addicted to the sport and also, unfortunately, to betting on it.

We soon learn Howard’s fatal flaw: Presented with a choice, he’ll always make the wrong one, the one he thinks may lead to a big break, but that everyone else knows will take him further down the path to destruction.

And so on this day, when Howard’s beloved black opal arrives in the mail from Ethiopia, smuggled in the belly of a giant fish, he can’t resist showing it off to Garnett. The Celtics star decides he needs the gem for luck in his Eastern Conference playoff game that night (real game footage plays a key role in the movie). He asks Howard to lend it to him, leaving his NBA ring as collateral. In two bad decisions, Howard says yes, then pawns the ring.

A frantic chase ensues to recover the gem, so Howard can bring it to auction, where he hopes to make a cool million and solve all his financial problems. Meanwhile, some nasty loan collectors are chasing him down with increasing, shall we say, irritability. Howard’s personal life is no less precarious; he’s trying to hold onto the last vestiges of his collapsing marriage, while supporting his young girlfriend on the sly in a midtown apartment.

Not to divulge any key plot details, but let’s just mention that never has there been a cinematic take on the suburban school play — a familiar scenario in rom-coms (will Daddy show up in time?) — that involves more mayhem than this one. Don’t believe us? How often does Daddy end up stripped naked and locked in a car trunk in the school parking lot?

There’s great work here by celebrated cinematographer Darius Khondji, whose camera never seems to stop moving for more than a split second, and by a terrific supporting cast that includes Stanfield, Garnett, Idina Menzel as Howard’s long-suffering wife (compelling in the rare role that doesn’t make use of her famous singing voice) and charismatic newcomer Julia Fox as Howard’s inexplicably loyal girlfriend.

As for Sandler, he deserves the accolades he’s getting, again proving that with the right material, he has an uncanny ability to reach deep within us, despite our deep, DEEP annoyance. “You’re just about the most annoying person I’ve ever met,” his wife says at one point, virtually seething — but making it clear that she cares, still, and perhaps forever. So do we, and that’s why it all works.

“Uncut Gems,” an A24 release, has been rated R by the Motion Picture Association of America “for pervasive strong language, violence, some sexual content and brief drug use.” Running time: 135 minutes. Three and a half stars out of four. 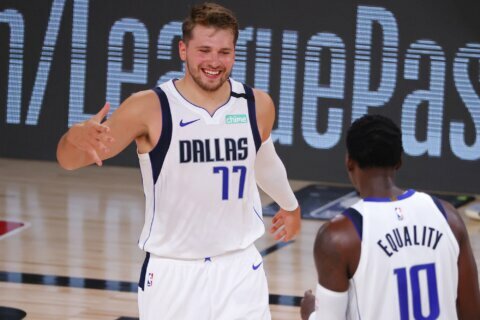 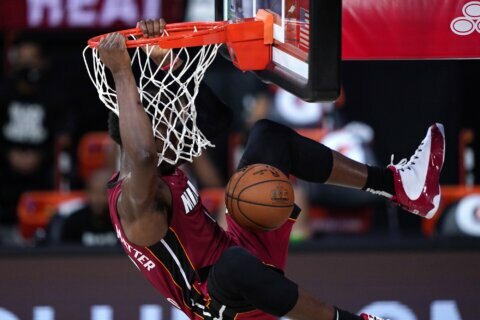