MIAMI (AP) — Shooting guard Dion Waiters has been suspended by the Miami Heat for their season opener against Memphis on Wednesday night for what was described as “conduct detrimental to the team.”

“There were a number of unacceptable incidents this week, culminating with his unprofessional conduct on the bench last night,” Heat President Pat Riley said in a statement Saturday night. “As a consequence, I feel we had to suspend him.”

Waiters got into a discussion with Heat coach Erik Spoelstra during Friday night’s game, though the Heat did not specifically address what any of the incidents were.

Waiters played only 10 minutes in Friday night’s preseason finale — nine players got more, not even including Jimmy Butler, who got the night off for rest. Waiters averaged 14.3 minutes per game in four preseason appearances.

Waiters is the second player to face publicly announced punishment from the Heat already this season. James Johnson was not permitted to attend training camp because his level of conditioning was not at the team’s standards, and returned to practice late in the preseason.

Waiters is entering his fourth season with the Heat. He’s missed 126 of a possible 246 games over the last three years, largely because of ankle injuries and a subsequent surgery on his foot and ankle.

Waiters averaged 12.0 points last season in 44 games. The Heat said he will be permitted to return to the team on Thursday. 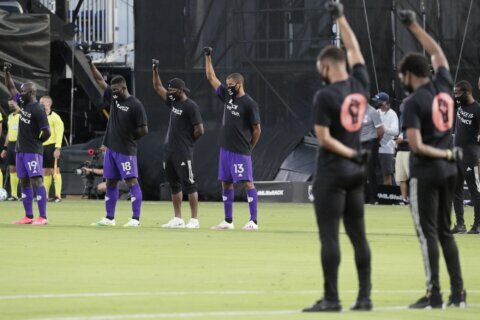 MLS returns to action after poignant moment of silence 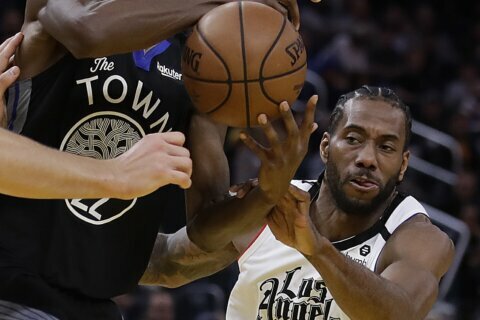 AP Source: Kawhi Leonard’s arrival at Disney will be delayed