NEW YORK (AP) — In a record sale for a U.S. sports franchise, the co-founder of Alibaba agreed to buy…

NEW YORK (AP) — In a record sale for a U.S. sports franchise, the co-founder of Alibaba agreed to buy the remaining 51 percent of the Brooklyn Nets and Barclays Center for about $3.4 billion, two people with knowledge of the details said Friday.

Joe Tsai already had purchased 49 percent of the team from Russian billionaire Mikhail Prokhorov in 2018, with the option to become controlling owner in 2021.

Instead, he pushed up that timeline for full ownership of a team on the rise after signing superstars Kevin Durant and Kyrie Irving in July.

Terms were not disclosed, but those familiar with the matter told The Associated Press that Tsai is paying about $2.35 billion for the Nets and nearly $1 billion in a separate transaction for the arena. They spoke on condition of anonymity because the agreements are not complete.

The deal is expected to be completed by the end of September and is subject to approval by the NBA’s Board of Governors.

It will surpass the $2.2 billion that Tilman Fertitta paid for the NBA’s Houston Rockets, and that David Tepper spent for the NFL’s Carolina Panthers.

Tsai is the executive vice chairman of the Alibaba Group, the Chinese e-commerce giant. He already had purchased the WNBA’s New York Liberty.

Prokhorov became the NBA’s first non-North American owner in 2010 and oversaw the Nets’ move from New Jersey to Brooklyn two years later. He spent big in the first couple years after the move in a quest to chase a championship, but the team soon became one of the worst in the NBA before rallying to return to the playoffs last season.

He boasted of trying to win a championship within five years of his ownership, rapidly going through players and coaches in the first few years in Brooklyn. But he spent less time around the team in recent years while focusing on his interests in Russia — which at one point included a campaign for president of the Russian Federation — and remained in the background after hiring Sean Marks as the team’s general manager in 2016.

“It has been an honor and a joy to open Barclays Center, bring the Nets to Brooklyn, and watch them grow strong roots in the community while cultivating global appeal,” Prokhorov said in a statement. “The team is in a better place today than ever before and I know that Joe will build on that success, while continuing to deliver the guest experience at Barclays Center that our fans, employees, and colleagues in the industry enjoy.”

Prokhorov had invested $200 million and made funding commitments to acquire 80 percent of the team and 45 percent of the arena project, after the team’s planned move across the Hudson River had repeatedly stalled. He later bought the remainder of the arena, which quickly became a popular attraction for concerts, boxing and college basketball, as well as the home of the New York Islanders.

Tsai, a native of Taiwan, is positioned to take full control of the team by the time the Nets head to China to play two exhibition games against the Los Angeles Lakers in October. That comes at the start of a season of renewed excitement for the Nets, who just three seasons ago won an NBA-worst 20 games but are set to make a big move up the standings after landing two of the best players on the market when free agency opened.

“I’ve had the opportunity to witness up close the Brooklyn Nets rebuild that Mikhail started a few years ago,” Tsai said. “He hired a front office and coaching staff focused on player development, he supported the organization with all his resources, and he refused to tank. I will be the beneficiary of Mikhail’s vision, which put the Nets in a great position to compete, and for which I am incredibly grateful.”

Tsai, 55, graduated from Yale and its law school. He figures to help the NBA extend its growth in Asia, where the Basketball World Cup will be held in China this year before the 2020 Olympics in Tokyo. The league is staging preseason games in both countries along with India, the home country of Sacramento Kings owner Vivek Ranadive, whose teams will play in them.

Brett Yormark, the CEO of BSE Global, which manages the Nets and its arena, will oversee the transition before leaving for a new role. 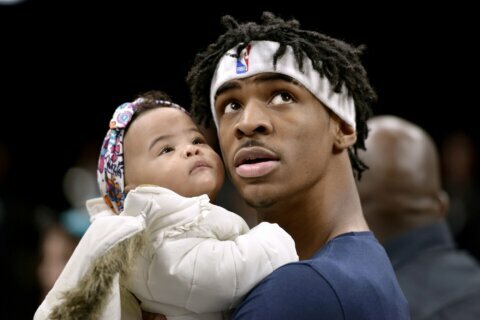 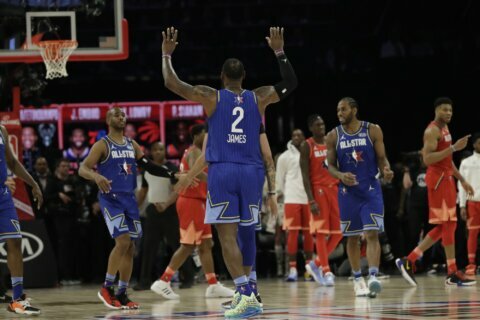 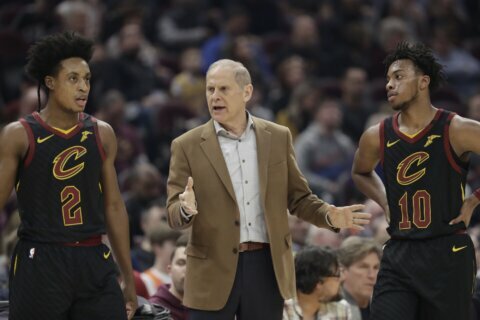