Analysis: USA Basketball wanted to be tested, and they were

This is why USA Basketball went to Melbourne. The Americans wanted trouble. They got some. Thursday’s 102-86 win over Australia…

This is why USA Basketball went to Melbourne. The Americans wanted trouble.

Thursday’s 102-86 win over Australia was everything that U.S. coach Gregg Popovich could have wanted in a World Cup tuneup game for his squad. A few days removed from traveling halfway around the world, playing a road game in front of the biggest crowd ever to watch basketball in Australia, facing a second-half deficit against an upset-minded roster filled with NBA talent.

Adversity struck, and the U.S. answered.

“One of our big mantras has been ‘composure and poise,'” Popovich said. “Things are going to go the other way in some games. And the way you respond to that is really the measure of how you’re going to do.”

That composure and poise was tested when Australia took the lead on two different occasions Thursday, much to the delight of a crowd of more than 51,000 people who came to watch basketball in a giant stadium typically used for soccer and cricket, the game getting played on a raised court and surrounded by fans in what resembled a Final Four atmosphere.

No, the deficits weren’t large — the Americans were down three in the second quarter, down one early in the third quarter, the total time trailing adding up to a mere 1 minute, 54 seconds. But whenever it looked like the Australians might have a shot at pulling off the upset, the U.S. responded emphatically and quickly.

In the second quarter, it was an 11-0 run that followed the Australians taking the lead.

“The way we bounced back in the second half,” U.S. guard Donovan Mitchell said, “shows the character of this team.”

If the U.S. had been so inclined, they could have scheduled a bunch of blowouts to get ready for the World Cup in China. Instead, they decided to schedule games that could potentially become losses.

USA Basketball goes on a tour before any major international tournament like a World Cup or an Olympics. The last was a five-game journey before the 2016 Rio de Janeiro Games, a stretch where the Americans — albeit with a far more star-packed roster than the current one — prevailed in every game by an average of 41 points. The biggest deficit the U.S. faced in any of those games was a mere two points.

The Americans didn’t exactly get better in those blowouts.

But this exhibition schedule — last week against world No. 2 Spain, then two games at Australia, followed by the pre-China finale in Sydney on Monday against Canada — is not cupcake city for the U.S. It was put together with a purpose, to help a team of guys who know each other turn into an actual team before the games start to count for real.

Popovich thought he was on a stage Thursday. The raised court — a fairly common sight now in college basketball’s biggest moments, something that is hardly ever seen in the NBA game — threw him off at first. So did the neon-lit walkway that was lined with fans leading to and from the floor.

“Felt like I was on a runway, an Armani deal,” Popovich said.

Another test comes on Saturday, back in Melbourne for Round 2 against the Boomers. The US finishes with the game against Canada, and then it’ll be time to fly to Shanghai to get ready for what should be three relatively easy group games against the Czech Republic, Turkey and Japan. None of those games should be as daunting as facing Spain or Australia is at this point.

But bigger challenges will loom. Serbia believes it can win the World Cup and isn’t afraid to say so. Greece, a potential quarterfinal opponent, has reigning NBA MVP Giannis Antetokounmpo. France could be a major medal factor. And the Australians, even after losing Thursday, shouldn’t be overlooked either.

That’s why Popovich is liking these gut-check moments now.

There will be a time in China when the U.S. is in trouble, quite possibly with a medal at stake. Having the experience of going through adverse moments like the ones on Thursday should make the real challenges much easier to handle.

“This was good for us,” Mitchell said. 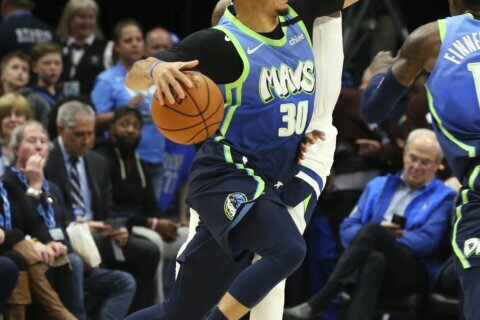 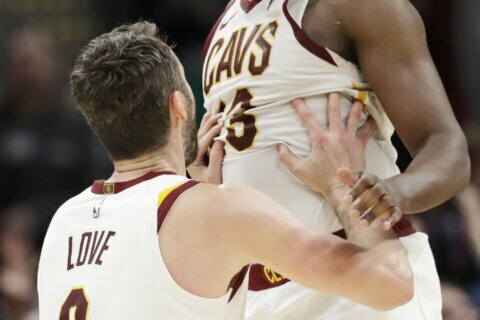 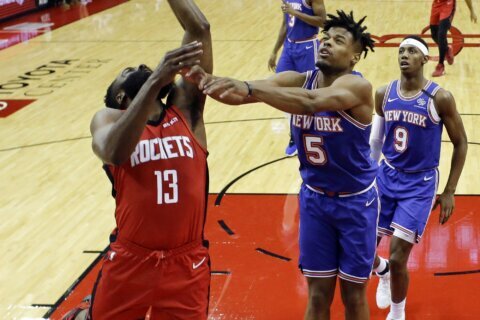