ANAHEIM, Calif. (AP) — When Gregg Popovich was cut from the 1972 U.S. Olympic basketball roster, those making the decision…

ANAHEIM, Calif. (AP) — When Gregg Popovich was cut from the 1972 U.S. Olympic basketball roster, those making the decision took the easiest way out.

They posted a note.

“Clueless people,” Popovich said, 47 years later, grinning to at least try to suggest it doesn’t still bother him too much.

It’ll soon be time for Popovich to walk in those same decision-making shoes, when he has to pare USA Basketball’s roster from 13 players to 12 in time for the FIBA World Cup this month.

All 13 remaining hopefuls were on the team plane Saturday to Australia. So when the last cut gets made — expect it about Aug. 27, unless injuries happen — a guy will see his gold-medal hopes come to a quick end.

And no, Popovich is not looking forward to this.

“When you cut people from your regular NBA team, it’s difficult,” said Popovich, USA Basketball’s men’s national coach. “We’re going to have to do that. And it’s going to be even more so. I’m dreading having to do that. But it’s got to get done.”

There have been more than 50 NBA players linked to this World Cup team at some point in the last year or so, most of them dropping out of consideration on their own, citing schedule demands or concerns.

A few others were eliminated after injuries. Only two to this point — Miami’s Bam Adebayo and Chicago’s Thaddeus Young — were actually cut, those moves coming after the first week of training camp in Las Vegas. It would have been 14 players going to Australia, but Sacramento’s De’Aaron Fox decided Saturday to leave the team.

So there’s one cut left.

It will be downright brutal.

“It just means that guys are doing their jobs,” Milwaukee’s Khris Middleton said. “We’re making it as tough as it can be on them. I think guys have been great all camp, just being positive, bringing energy and playing as hard as they can, giving their body up for everybody else. So that’s a huge thing for everybody.”

It would seem like there are a handful of locks to make the team: Kemba Walker, Donovan Mitchell, Harrison Barnes, Mason Plumlee, Myles Turner and Middleton. They were starters Friday night against Spain — Plumlee started the first half, Turner the second, with the U.S. still mixing and matching.

Jayson Tatum played more minutes than nearly everyone Friday. Joe Harris — the NBA’s best 3-point shooter last season — should be on this team based on the importance of shooting from deep in the international game. Brook Lopez should make the team for the same reason since his 7-foot frame and 3-point game seem made for the FIBA stage.

Marcus Smart is a bit of a wild card — unable to play in either the Spain game or the intrasquad scrimmage Aug. 9 because of a calf issue, though the fact that he’s still on the roster strongly suggests the U.S. has him in its plans. Assuming he’s healthy now, pencil him into a spot. (If he’s not healthy, that makes the decision obvious and simple.) Jaylen Brown brings toughness, and he’s played well enough to merit a uniform as well.

That would mean two guys remain for one spot.

Arguments for both can be made. Kyle Kuzma played very well against Spain on Friday night and teammates have raved about his effort in camp. Derrick White was a select-teamer before getting called up, and plays for Popovich in San Antonio. It certainly would make sense to have someone in the team room fluent in Popovich’s hows and whys.

There is no obvious solution, no easy way out of this conundrum for Popovich, USA Basketball managing director Jerry Colangelo and the rest of the U.S. coaches.

“From top to bottom, everybody is hungry and wants to prove something — that we can get this job done,” Middleton said.

If nothing else, Popovich won’t be sending the unlucky-to-be-cut guy a note.

The easiest thing he could have done after the Spain game is tap those who didn’t make it on the shoulder, deliver a fond adieu and offer well-wishes for NBA training camp next month.

Instead, he’ll bring 13 guys to the other side of the world, spend another 10 days or so squeezing every bit of effort out of them, teach them some more about basketball and wine, and then decide which one to send home.

Sounds like how he wishes he was treated in 1972. Asked why he didn’t pick the final roster before Australia, Popovich was succinct.

“It seemed like the right thing to do,” he said. 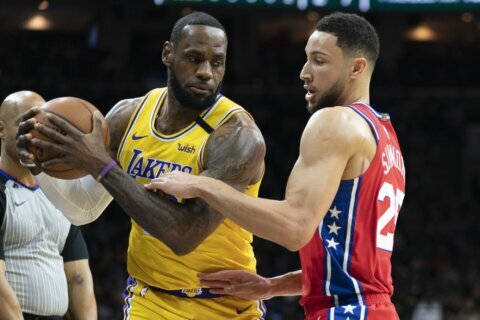 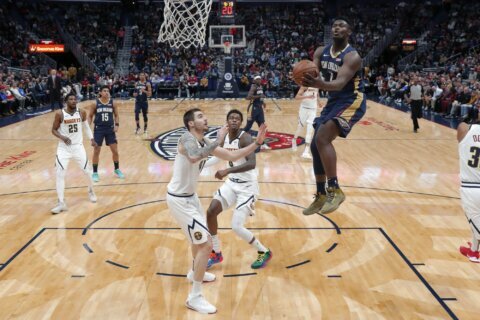