The Toronto Raptors were still partying it up in Las Vegas, part of an extended celebration following their first championship, when the NBA starting reshaping itself for a new season with the blockbuster trade agreement Saturday that will send Anthony Davis to the Lakers.

TORONTO (AP) — The Toronto Raptors were still partying it up in Las Vegas, part of an extended celebration following their first championship, when the NBA starting reshaping itself for a new season with the blockbuster trade agreement Saturday that will send Anthony Davis to the Lakers.

Talk about snapping back to reality.

Back home in Toronto Sunday, on the eve of a parade to honor his team, Nurse said he and general manager Bobby Webster have already started talking about a future that’s full of tough questions.

“Bobby and I have already had two meetings about it since the championship,” Nurse said. “The reality is that it’s right upon us, and we get to work. I’ve got several meetings today with some players. We don’t have any choice but to get to work on it. My thought, always, is stay hungry. We’ve got to get our guys that we want back.”

No player is more important to Toronto’s fortunes than Finals MVP Kawhi Leonard, who is expected to opt out of the final year of his contract and become a free agent.

“We definitely want him back,” Raptors forward Pascal Siakam said.

“I don’t think there’s any other player of his caliber right now in the NBA,” Gasol said. “He’s on a pedestal by himself.”

With status like that, longtime teammate Danny Green said Leonard’s decision is sure to have a ripple effect across the NBA.

“Let’s not be foolish,” Green said. “His decision affects a lot of guys’ decisions. He can change a whole organization.”

Raptors President Masai Ujiri also is the subject of speculation, linked to an offer from the Washington Wizards. Ujiri, who was not available Sunday, is expected to speak at Monday’s parade, which will finish in the square outside Toronto’s city hall.

Even after a year together, Nurse said he has no idea which way Leonard is leaning.

“I don’t really know,” Nurse said. “I know’s he’s got to make a decision here really soon, couple of weeks. I think he had a good season and people like him here, and we can give him a good deal.”

“I would assume that he knows what is here and what makes this place special,” VanVleet said. “If it’s enough, it’ll be enough and if it’s not, it’s not. We would all love him to be back and if he’s not then we’ll move on from there. He came here and did what he was supposed to do. He brought this city the championship and I think he’s earned his freedom in his career to do what he wants to do, and we’ll all respect it and admire him.”

Even so, respect and admiration only go so far.

“If he’s on another team,” VanVleet said, “we’ll just have to kick his (butt) next year.”

Gasol can also opt out of the final year of his contract, while Green, a free agent, said he hopes to return.

Nurse said Gasol, acquired from Memphis at the trade deadline, changed Toronto’s view of itself as a title contender.

“After we had him for a few games we were like, ‘Woah, this guy’s good. He’s smart, he can pass,'” Nurse said. “Everybody was like ‘Man, we’re better and we can become really good.’ That’s a big thing to contribute to a team.”

Gasol said he’s been too busy celebrating to consider his future, and understands he might not be Toronto’s first order of business.

“I’m sure that the franchise has other priorities to go first,” he said.

Before re-signing Leonard, Gasol, or anyone else, the Raptors must make time for Thursday’s NBA draft. Toronto currently only has one pick, the second-last selection of the second rotund, 59th overall. The Raptors didn’t have a pick last year.

Nurse also said he’s close to finalizing a part-time role as head coach of the Canadian national team, a position he’s expected to hold through this year’s World Cup in China and next year’s Olympics in Tokyo.

Nurse, who spent a decade coaching in the British Basketball League, was an assistant coach for Britain from 2009 to 2012, culminating with the 2012 London Olympics. 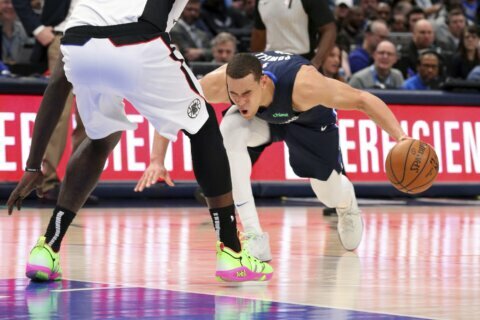 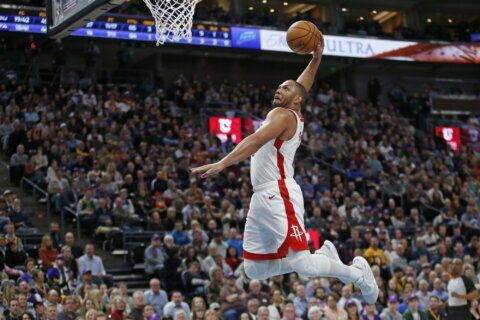 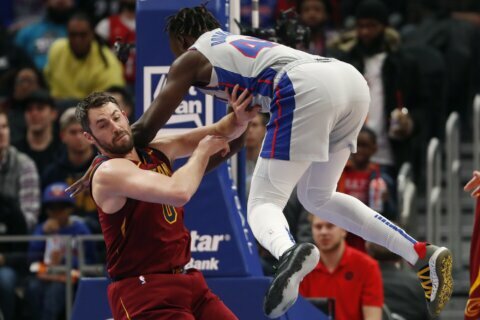