OLYMPIA, Wash. (AP) — Abortion rights proposals have been front and center in Olympia, Washington, this week as state lawmakers heard hours of public testimony on seven proposals that would reinforce abortion access.

The June decision upended nearly 50 years of national abortion protections and sparked action in states throughout the country.

“I think it’s a real statement of our investment in making sure that these policy priorities not only get heard in both chambers, but early enough in session that we can get everything across the finish line,” Sen. Emily Randall, D-Bremerton, said.

Supporters and opponents of abortion rights testified in person and remotely, many telling personal stories of pregnancy and seeking abortions.

Abortion has been legal in Washington state since a 1970 statewide ballot referendum. Washington voters in 1991 approved Initiative 120, which codified Roe into state law.

Democratic Gov. Jay Inslee has asked lawmakers this session to support changing the state constitution to protect abortion rights, and he testified Tuesday in favor of the amendment.

“What we considered fixed in the American constellation of Democratic values turned out to be very fragile,” Inslee told lawmakers. “And we cannot be lulled into thinking that that same thing cannot be the case in the state of Washington.”

The amendment faces a challenge in that it requires some Republican support to meet a two-thirds threshold in each legislative chamber. If it passes, the amendment would appear before Washington voters in November.

Republican Sen. Ann Rivers of La Center questioned Inslee on the need for a constitutional amendment, saying that state law is settled.

“And look at the makeup of the Legislature and the makeup of our Supreme Court. … Political theater aside, I don’t see any, any world in which Washington state changes course on this issue,” she said.

“I’m trying to say this in a respectful way: What world are you living in?” Inslee responded. “There is a party in our state that wakes up every single morning trying to take away this right from women. And in multiple states, unfortunately, in multiple states, they have done so effectively.”

Six other abortion bills require a simple majority to pass and face an easier path. They include a bill that would stop companies from selling data collected from people using apps that track periods and record other health data. 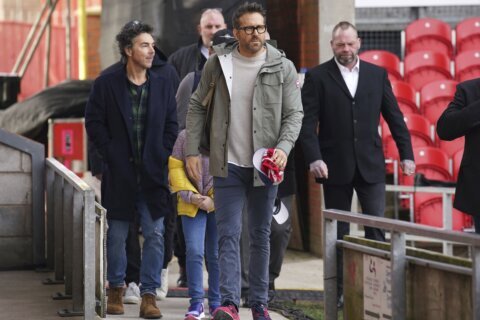