RENO, Nev. (AP) — A Nevada judge has granted subpoenas sought by Reno Mayor Hillary Schieve to force a private investigator to identify who hired his firm to secretly install a tracking device on her vehicle.

Schieve filed a lawsuit against them last month after finding a GPS device attached to her vehicle that was capable of tracking its real-time location.

The lawsuit alleges that the investigator trespassed onto her property to install the device without her consent. It says Schieve was unaware she was being tracked until a mechanic noticed the device while working on her vehicle.

A “sophisticated GPS tracking device” provided “minute-by-minute updates for her location, in a continuous violation of her privacy,” the suit said.

The complaint says that the investigator was working on behalf of an “unidentified third party” whose identity she has not been able to ascertain.

Schieve, who filed the lawsuit as a private citizen, was elected last month to her third term as mayor, a position she has held since 2014. She is seeking restitution for invasion of privacy, trespassing, civil conspiracy and negligence, as well as attorney’s costs.

Judge Hardy said in his order issued Friday that Schieve “moves this Court to issue subpoenas on David McNeely and 5 Alpha Industries, LLC, to obtain documents sufficient to identify the individual or entity who retained them to conduct surveillance on Ms. Schieve.”

“Upon review, this Court finds good cause to permit early discovery for the limited purpose of identifying the ‘Doe’ defendant(s),” he wrote.

After the suit was filed, 5 Alpha’s website was taken down. McNeely has not responded to requests for comment, including a telephone message The Associated Press left at his office on Saturday. Jane Susskind, a Reno lawyer listed in court documents as representing him, didn’t immediately respond to the AP’s request for comment in phone and email messages on Saturday.

Schieve told the Gazette Journal last month that learning of the tracking device had caused her severe stress.

“This kind of invasion of privacy and stalking is incredibly alarming because I don’t know what the intent is for this information,” she said. “I mean, does someone want to kill me? I don’t know,” she said. 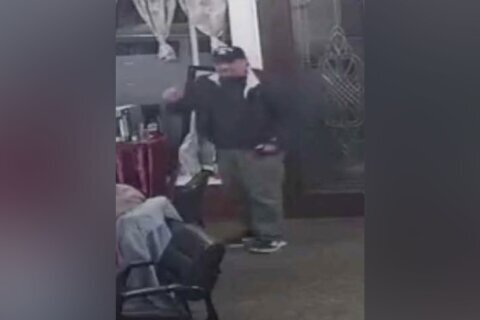