The state used the maps in this past November’s midterm elections after the Republican-dominated state Legislature redrew the lines earlier this year following the 2020 U.S. Census.

With Republicans holding a thin margin in the U.S. House, any change to competitive districts has a chance to alter the balance of power after the 2024 elections.

Friday’s ruling said the coastal 1st District running from Charleston to Hilton Head Island was drawn to remove Black voters and make it a safer seat for Republicans.

The judges requested state lawmakers pass new U.S. House maps by the end of March. They said no elections can take place in the 1st District until it is redrawn.

South Carolina House Speaker Murrell Smith said he anticipated the decision would be appealed. “I maintain that the House drew maps without racial bias and in the best interest of all the people of this state,” the Republican said in a statement.

After the new congressional maps were approved, civil rights groups swiftly filed a lawsuit charging the state Legislature with choosing “perhaps the worst option of the available maps” for Black voters.

The judges requested state lawmakers pass new U.S. House maps by the end of March. They said no elections can take place in the 1st District until it is redrawn.

The judges ruled that to make the 1st District safer for Republicans, GOP legislative leaders who drew the new maps pulled Black voters out of the 1st District and placed them into the 6th District, which is the only one represented by a Democrat and was redrawn three decades ago to have a majority of minority voters.

The 6th District stretches through a large swath of rural South Carolina into Columbia, about 100 miles (160 kilometers) from Charleston.

The judges wrote in their ruling that Will Roberts, who drew the maps, used race to achieve the partisan goal of making the 1st District safer for Republicans, which is not allowed under federal law.

“When asked what community of interest the residents of North Charleston would have with the residents of Congressional District No. 6 in Columbia, Roberts could only think of their common proximity to Interstate I-26, albeit over 100 miles apart,” the judges wrote.

The panel’s decision delivered a victory for civil rights groups after the Supreme Court in 2013 tossed a key provision of the landmark Voting Rights Act. The trial marked the first time South Carolina maps had been scrutinized since the justices removed part of the 1965 law that required the state get federal approval to protect against discriminatory redistricting proposals.

The judges did OK the split of some African American voters in the 2nd District around Columbia to include U.S. Army training base Fort Jackson in the district represented by Joe Wilson. He is expected to be chairman of the Armed Services Committee, and the district boundaries had been in place for 30 years.

South Carolina’s 5th District also was approved by the judges.

Attorneys for state lawmakers said their changes were not driven by race, but by South Carolina’s population boom. Much of the state’s 10% population growth from 2010 to 2020 occurred along the coast.

The General Assembly also argued that the maps were driven not by race but by legitimate political interests like preserving the state’s 6-1 ratio of Republicans to Democrats representing South Carolina in the House of Representatives.

The decision adds another urgent matter to the General Assembly’s session that begins Tuesday.

“We’ve got a lot of other things that we need to be focusing on,” Republican Gov. Henry McMaster said at a Friday news conference where he was releasing his budget plan. 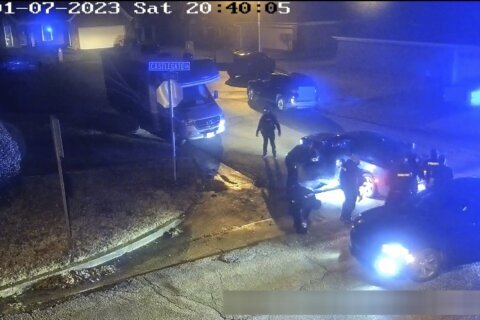