SACRAMENTO, Calif. (AP) — On a good day, the sun shines in California’s capital city — and elms, pines, oaks and hundreds of other tree varieties fill Sacramento’s parks and line streets, fortifying the city’s reputation as the “City of Trees.” But on a bad one, violent winds knock some of the trees down, causing damage to cars, homes and power lines.

That’s what happened in recent weeks as the defining feature that’s normally seen as an asset to the city has given way to destruction and disruption as multiple “ atmospheric rivers ” ripped through Northern California, bringing intense winds and rain.

Wind gusts reached more than 60 miles (96 kph) per hour on Sunday, strong enough to rip massive trees straight up from the root — crashing into homes, toppling cars and even uprooting concrete sidewalk. And as climate change continues to fuel the drought in California, trees are left weakened and more likely to uproot when battling against saturated soil and relentless winds.

Climate change and natural disasters have harmed other tree canopies around the country, such as Hurricane Katrina, which knocked out 10% of New Orleans’ trees in 2005. In more recent years, hotter, drier weather has caused Seattle and Portland, Oregon, to lose tree cover. A rare storm known as a derecho ripped through Cedar Rapids, Iowa, in summer 2021, taking many trees with it.

More than 1,000 trees have fallen in Sacramento since the New Year’s Eve storm, said Gabby Miller, a spokesperson for the city’s Department of Public Works. On Wednesday, city foresters were still determining the full scale of the latest tree collapse. Trees remained sprawled across sidewalks and roadways, some with yellow caution tape haphazardly strung over them or nothing at all, causing at least one crash. Some homeowners and apartment dwellers anxiously waited for cranes and chainsaws to remove trees that fell onto or into their homes.

The destructiveness of the weekend’s storm was on display when Niki Goffard and her boyfriend were sleeping early Sunday morning and a branch hit their house, less than a mile from the state Capitol. They looked outside and saw two trees swaying back and forth.

They debated whether to stay in the house or to leave. Then, they heard a crash.

“Before we could make a decision, both trees fell — one on our house and one on our neighbor’s house,” Goffard said Monday.

Part of the roof above their bedroom caved in and fell on top of Goffard’s boyfriend, causing some minor scrapes and bruises. They had to stay at a nearby hotel as they wait to hear back from their insurance company.

“You never think something like this is going to happen to you,” Goffard said. “It’s been quite shocking and traumatizing.”

In a park surrounding the state Capitol that functions like an outdoor museum of the state’s flora with 400 varieties of plants and trees, the storm toppled a massive pine onto the side of the road and wind smashed fruit off trees and onto the pavement. After, the scent of oranges hung in the air.

Sacramento sits at the confluence of two rivers, the American and the Sacramento. During the 19th century, when officials grappled with flood risk, the city built a levee and put trees on top in a failed attempt to boost its stability, City Historian Marcia Eymann said.

The city’s trees help to cool down temperatures during sweltering hot summers, but also to help control flooding. Tree roots absorb water, and much of the rain water that falls onto their leaves evaporates, the Environmental Protection Agency noted.

“They are the shade and the natural umbrellas for the city,” Eymann said.

Trees toppling over from strong winds and wet conditions in Sacramento are nothing new. In the 1990s, Northern California was ravaged by flooding, tsunamis and earthquakes, Eymann said.

“We’ve had one natural disaster after another, but we always rebuild and always come back,” she said.

Crews from the city’s Department of Public Works are continuing to clean up, focusing first on trees that fell on homes and power lines, Miller said.

“Every single person that can be working right now is working,” Miller said of the cleanup process.

The city usually receives around 500 calls for tree service per month. In the week following New Year’s Eve, that was up to 700, with the city responding to about a third of them by last Friday, Miller said. In recent days, more than 400 new calls have come in, she said.

The Sacramento Municipal Utility District removed more than 300 trees or branches since New Year’s Eve — many of which fell on power lines and power equipment, company spokesperson Gamaliel Ortiz said.

California State Sen. Angelique Ashby, who represents the city, said the recent storms have highlighted the need to be cautious about where trees are planted to limit injuries.

“We’ve gained so much benefit from those big beautiful trees in Sacramento that this is the risk to being the ‘City of Trees,’” she said.

Sophie Austin is a corps member for the Associated Press/Report for America Statehouse News Initiative. Report for America is a nonprofit national service program that places journalists in local newsrooms to report on undercovered issues. Follow Austin on Twitter: @sophieadanna 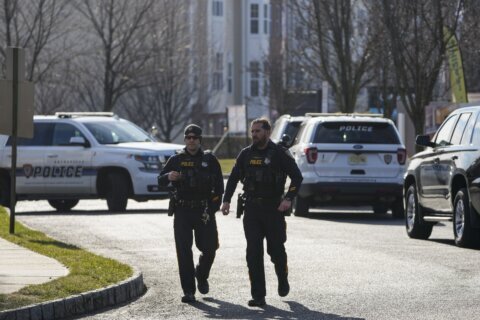 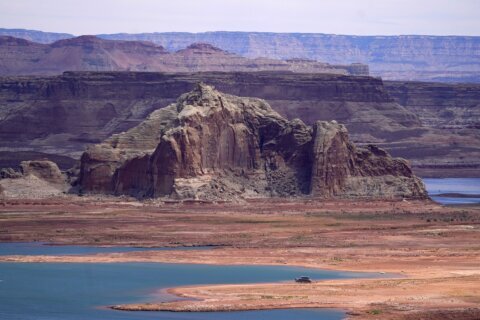