FARMINGTON, Mo. (AP) — Authorities are piecing together how five inmates escaped from a Missouri jail.

The inmates escaped from the the St. Francois County Jail in Farmington, about 75 miles (121 kilometers) south of St. Louis on Tuesday evening, the St. Louis Post-Dispatch reported.

Chief Sheriff’s Deputy Gregory Armstrong told the newspaper that the inmates got into a cell that was supposed to be closed off due to plumbing repairs, removed the sink and toilet, climbed through the wall and made it down from the roof using a ladder that a contractor had left standing against the building. Jail cameras that would have captured them leaving were down due to the construction.

After escaping from the jail, the inmates ran to an office building parking lot and somehow found a car with the keys in it and a full tank of gas.

“They just got lucky,” Armstrong said. “It’s a black eye, of course, that we didn’t want. Sometimes things happen.”

All five inmates have criminal records that go back years.

The sheriff’s department said in a statement that all five had been recaptured by mid-morning Saturday. One inmate was located at a second-hand retail store in Poplar Bluff, Missouri, on Friday morning.

The other four were apprehended in Ohio on Friday and Saturday.

The Ohio State Highway Patrol said troopers tried to stop a suspected stolen car in Fairfield Township north of Cincinnati on Friday evening. The car fled and after a short chase, four people got out of itand ran. Troopers quickly captured two of them and arrested a third in West Chester Township to the south around 2 a.m. Saturday.

Butler County Sheriff Richard Jones told reporters on Saturday that a report of a suspicious person in a Liberty Township subdivision led a bloodhound to a parked car where the fourth inmate was found hiding in the backseat. 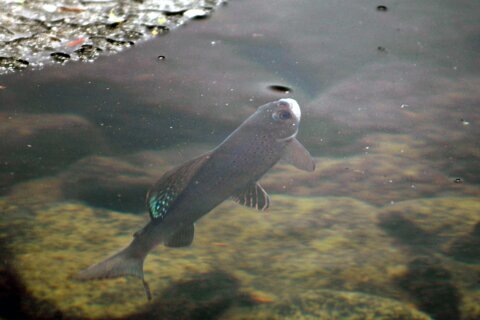