MEMPHIS, Tenn. (AP) — A 29-year-old man who was hospitalized after being injured in a confrontation with Memphis police officers during a traffic stop has died.

Tyre D. Nichols, of Memphis, “succumbed to his injuries” on Tuesday, the Tennessee Bureau of Investigation said. The bureau didn’t describe the nature of his injuries or say whether he was still hospitalized when he died.

The agency is conducting a use-of-force investigation surrounding the arrest at the request of Shelby County District Attorney General Steve Mulroy, TBI officials said Sunday in a statement.

Nichols, who was Black, was arrested Saturday night after officers attempted to make a traffic stop due to reckless driving, police said.

“Afterward, the suspect complained of having a shortness of breath, at which time an ambulance was called” and Nichols was taken to a hospital in critical condition, police said.

Due to his condition, police contacted Mulroy’s office and he requested the TBI investigation, authorities said.

Further information about Nichols’ arrest and injuries weren’t released. Mulroy’s office and the police department said further updates would come from the TBI, which declined on Wednesday to release more information.

The officers involved were placed on routine leave while the investigation is conducted, police said. Their identities haven’t been released.

Nichols’ brother, Jamal Dupree, told FOX13-TV that his brother was a law-abiding citizen.

“My brother is not a street dude. He’s never been in trouble. He’s legitimate and when it comes to him driving, he has his license, he has his registration, he owns his car. He goes to work every day. He rides skateboards. He plays with his camera. That’s my brother. The street dudes that they’re looking for out there is not him.” 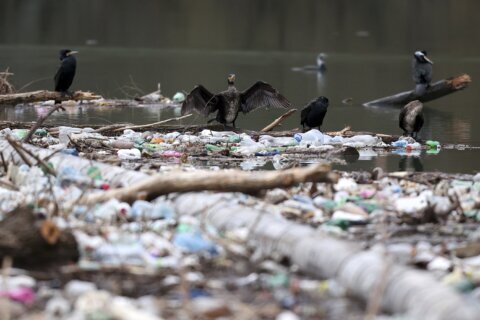