FRANKFORT, Ky. (AP) — Heading into a tough election year, Gov. Andy Beshear asserted Wednesday evening that Kentucky’s future is “brighter than it has ever been” while touting a record of economic development and resilience to make his case.

The Democratic governor, delivering his fourth annual State of the Commonwealth address, cited record economic gains during his tenure and hailed the state’s ability to overcome the tragedies of tornadoes, flooding and a global pandemic that repeatedly turned his job into crisis management.

Beshear confronted the headwinds of Republican supermajorities in the legislature, urging lawmakers to pump more money into education, raise pay for public school teachers and achieve his goal of universal access to pre-kindergarten learning.

The governor used the statewide television address, on the second day of this year’s legislative session, to urge lawmakers to legalize access to medical cannabis. He already took executive action to allow Kentuckians with certain debilitating conditions to legally possess medical marijuana, provided the cannabis is purchased legally in other states.

But he said legislative action is still needed.

“Treating people right … dictates that this session and that this General Assembly finally legalize medical cannabis,” the governor said.

Beshear, whose term has been marked by policy disputes with lawmakers, also called for additional funding and other changes to shore up the state’s troubled juvenile justice system.

The governor, fresh off a morning appearance with President Joe Biden to mark the promised makeover of a dilapidated Ohio River bridge linking Kentucky and Cincinnati, punctuated his remarks by citing Scripture. He also called on state leaders to put aside partisan differences to pursue common goals in moving the Bluegrass State forward.

“As Kentuckians, we share more than divides us,” Beshear said. “We share the values of faith, of family and of community. And if we double down right now, if we lead with our values, and we push politics aside, there is nothing that we cannot achieve. Our future is brighter than it has ever been.”

The speech comes as Beshear prepares for a tough reelection campaign in a state that continues to trend toward Republicans. The governor has remained popular while leading the state through the series of tragedies but has drawn a crowded field of GOP candidates eager to unseat him.

Beshear’s efforts to stave off that GOP momentum is one reason the Kentucky governor’s race in 2023 will be closely watched nationally, coming the year before the next presidential election.

In his speech, the governor harkened back to the state’s tragedies that overshadowed his term — the COVID-19 pandemic, tornadoes that tore through parts of western Kentucky and floodwaters that inundated portions of eastern Kentucky.

“In the face of some of the greatest challenges imaginable, time and time again Kentuckians have shown up for one another,” Beshear said. “Scripture tells us that we are to love our neighbors as ourselves. And that’s exactly what folks across the commonwealth have been doing.”

The governor touted unprecedented economic growth over the past two years, saying it provides the “promise of a better Kentucky.” He said the legislature can continue the momentum by making additional investments in education and other priorities.

“This General Assembly has the opportunity to make great progress on each of these issues we’ve discussed tonight, and you have the funding to do it,” Beshear said. “If we can just find our way to do what is right for the people of Kentucky, then we will be the generation that changes everything for the better — the generation that ushers in a new era of prosperity.”

“I think it’s unlikely we’re going to make wholesale changes in any budget document,” Osborne said during an interview on Kentucky Educational Television.

The speaker said the current budget made crucial investments while providing lawmakers the flexibility to reduce the state’s individual income tax rate. Lawmakers are considering a measure aimed at cutting the income tax rate by another half-percentage point to 4%, effective Jan. 1, 2024.

The budget the GOP-led legislature passed last year poured money into teacher pensions and infrastructure and increased the state’s main funding formula for K-12 schools. Lawmakers declined last year to fund pre-K for every 4-year-old in Kentucky. And they left it up to school districts to decide whether to use additional state funding to provide higher pay to teachers and other school staff. Most districts awarded pay raises, Republicans say.

Osborne signaled Wednesday evening that shoring up the state’s juvenile justice network could be an issue where lawmakers find common ground with the governor. Beshear announced a series of changes late last year that were aimed at bring security problems under control. 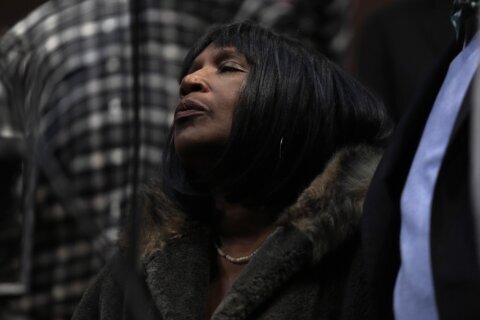