Idaho student murders: A timeline of the killings and arrest

Four University of Idaho students are discovered stabbed to death on Nov. 13, 2022. What led officials to an arrest in the case? See key dates in the investigation.
Listen now to WTOP News WTOP.com | Alexa | Google Home | WTOP App | 103.5 FM

Four University of Idaho students are discovered stabbed to death on Nov. 13, 2022. What led officials to an arrest in the case? See key dates in the investigation. 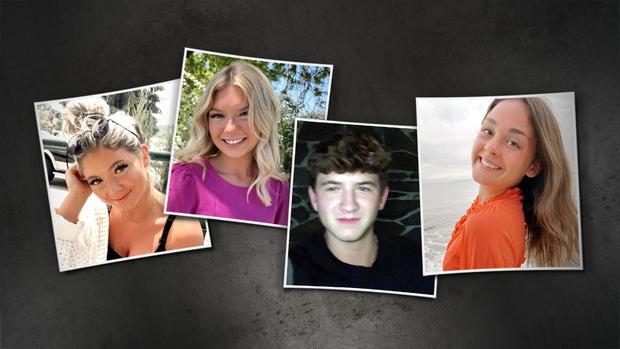 Police responded to a report of an unconscious person that they received around 11:58 a.m. on Sunday, Nov. 13. There, members of the Moscow Police Department found four University of Idaho students dead on the second and third floors of the home. Kaylee Goncalves,  Madison Mogen, and Xana Kernodle were roommates who lived in the home while the fourth victim, Ethan Chapin, did not live there but was dating Kernodle. Two other roommates lived in the home, but were not attacked and police said they believe they slept through the killings

Four University of Idaho students are found dead in the off-campus home where three of the victims lived in Moscow, Idaho. They had been brutally stabbed to death. The victims are identified as Ethan Chapin, 20, of Conway, Washington; Madison Mogen, 21, of Coeur d’Alene, Idaho; Xana Kernodle, 20, of Avondale, Arizona; and Kaylee Goncalves, 21, of Rathdrum, Idaho. 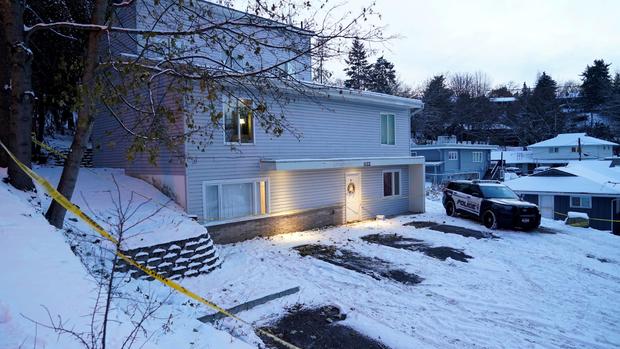 The off-campus residence where the four students were found dead on Nov. 13.  Xana Kernodle, Madison Mogen and Kaylee Goncalves shared the residence with two other roommates, who were unharmed.

The Moscow Police Department issues a statement saying an “edged weapon such as a knife” was used in the killings. No murder weapon has been found. 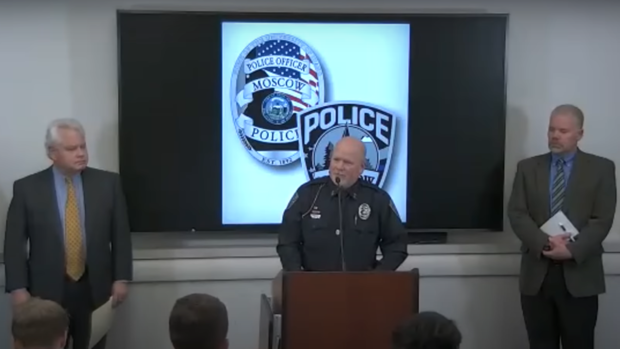 On Nov. 16, three days after the murders, the Moscow police held their first press conference. Police chief James Fry says the killing of the four University of Idaho students was a targeted attack.

The Moscow Police Department holds a press conference about the murders. Police Chief James Fry says it was a targeted attack. “We do not have a suspect at this time and that individual is still out there.”

The Latah County Coroner’s Office reports the victims were likely asleep when they were stabbed with a large knife. Some even had defensive wounds. 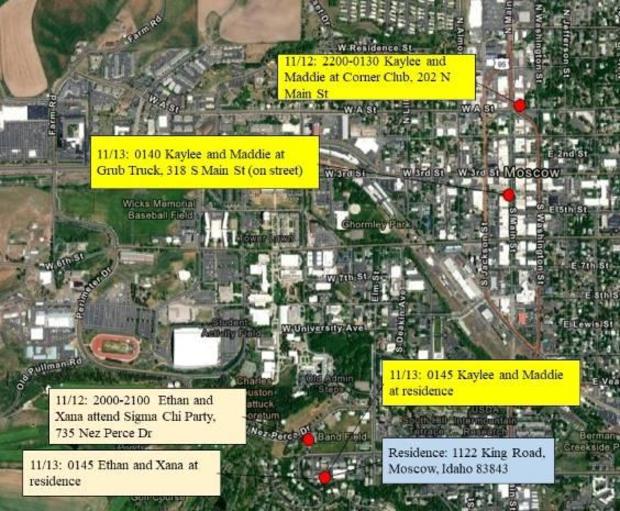 Investigators say they do not believe the driver who brought two of the victims — Kaylee Goncalves and Madison Mogen — home on the night of the murders is involved in the crime.

Detectives say they do not believe the surviving roommates or friends visiting the house at the time of the murders are involved. 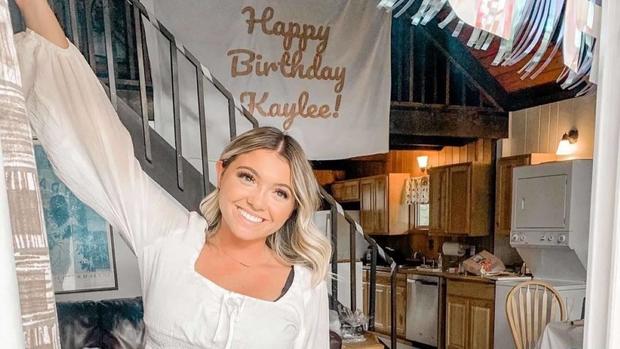 Investigators have pursued “hundreds of pieces of information” about the possibility of Kaylee Goncalves having a stalker but haven’t been able to “verify or identify” a potential person of interest, the Moscow Police Department said in a news release.

Investigators looked extensively at information received about one of the victims, Kaylee Goncalves, having a stalker. They have not been able to verify or identify a stalker.

To this date, investigators collected 113 pieces of physical evidence and sent it to the Idaho State Police crime lab. Idaho Governor Brad Little has directed up to $1 million in funds for the ongoing investigation.

The University of Idaho holds a vigil in honor of the murdered students. “The most important message that we have for you and your families is to spend as much time as possible with those people,” Stacy Chapin, the mother of victim Ethan Chapin, tells those who gathered.

Police announce they are interested in speaking with the driver of a white 2011-2013 Hyundai Elantra spotted near the crime scene at the time of the murders. 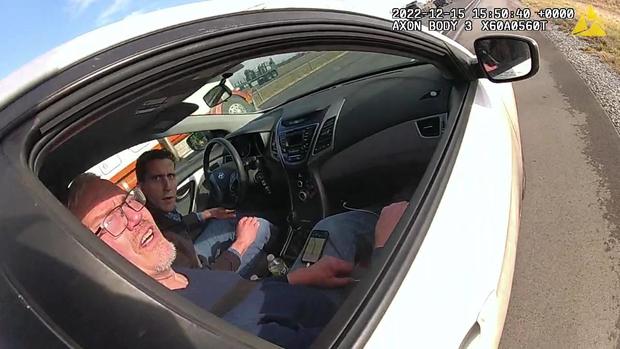 Police released new body cam video of Bryan Kohberger and his father being pulled over twice in Indiana on a December road trip home to Pennsylvania. The video was taken more than two weeks before Kohberger’s arrest at his family’s home.

A trooper’s body cam captures a white Hyundai Elantra being stopped twice in Indiana for driving violations. The driver is 28-year-old Bryan Kohberger, who is accompanied by his father. They were driving home from Washington State University for winter break to the family’s home in Pennsylvania.

Investigators speak to an owner of a Hyundai Elantra located in Eugene, Oregon. The vehicle was involved in a collision and was impounded. The owner is believed to not have any connection to Moscow, Idaho.

It is reported that an FBI team surveils Adam, the man whom two of the victims discussed the night they were murdered, for a few days. 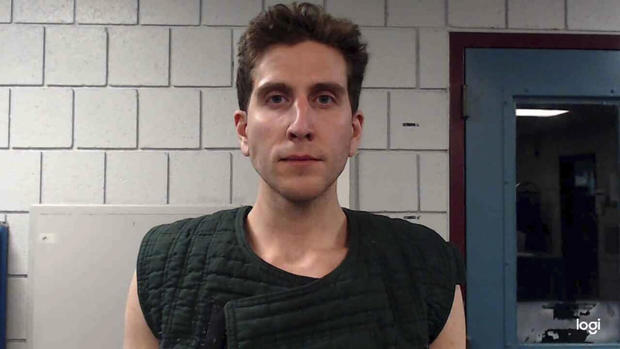 On Friday, Dec. 30, 2022, Bryan Kohberger, 28, was being held for extradition in a criminal homicide investigation in the killings of four University of Idaho students.

Police announce Bryan Kohberger’s arrest in Albrightsville, Pa., for the murders of the University of Idaho students  He is being charged with burglary and four counts of first-degree murder. Kohberger was a Ph.D. student at Washington State University, which is located roughly 8 miles from the murder scene in Moscow, Idaho. Law enforcement say they were able to use forensic analysis to connect Kohberger to the crime scene. 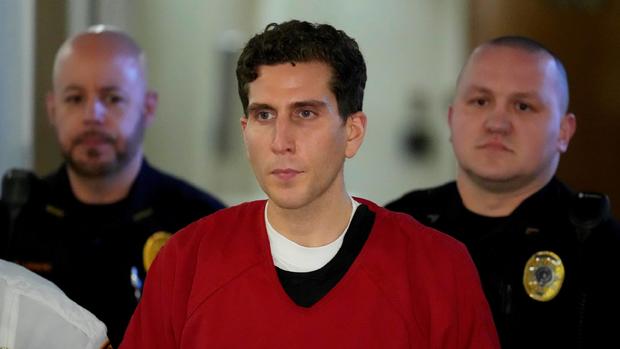 Bryan Kohberger, who is accused of killing four University of Idaho students, is escorted to an extradition hearing at the Monroe County Courthouse in Stroudsburg, Pa., on Tuesday, Jan. 3, 2023.

At a hearing in Pennsylvania, Kohberger waives his extradition to Moscow, Idaho. 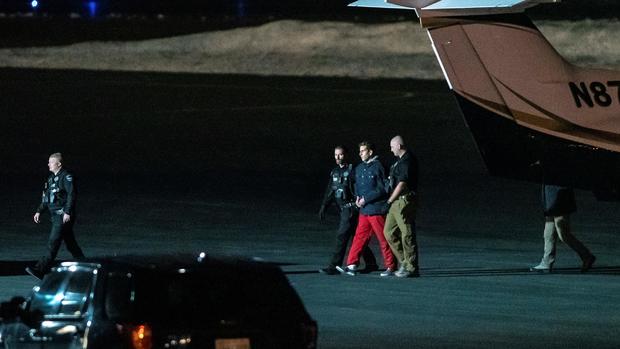 Bryan Kohberger is escorted by law enforcement after arriving at Pullman-Moscow Regional Airport on Thursday, Jan. 4, 2023, in Pullman, Wash. Kohberger was extradited from Pennsylvania earlier Thursday, for the alleged murder of four University of Idaho students on Nov. 13, 2022.

Bruan Kohberger is brought to Idaho. The judge issues a gag order, which prohibits officials and others involved in the case from speaking about it.

Public officials release an affidavit in the case against Bryan Kohberger. Among the findings:

Authorities ID 3 killed in shooting at home in Los Angeles