Six people were taken into custody after the vehicle later crashed, the U.S. Customs and Border Protection said. The agency added that the agent was shot in the chest multiple times and was released after a medical examination.

The officer, who was not identified, had returned fire as a vehicle sped away on a rural state highway north of Hatchita.

“The fleeing vehicle was involved in a rolled over accident a few miles down the road and agents took six persons into custody,” according to the statement.

It said two of those in custody were flown to a trauma center in El Paso, Texas, for treatment. Their conditions and identities were not immediately released.

New Mexico State Police officers were assisting in an investigation, which also involved the FBI, according to State Police Lt. Mark Soriano.

Immigration and border enforcement have come under increasd scrutiny in recent weeks. On Thursday, Joe Biden disclosed he would make his first visit as president to the U.S. border with Mexico at El Paso. He said details were being worked out for a visit in connection with his meeting next week in Mexico City with leaders of Mexico and Canada.

Biden also announced Thursday that the U.S. would immediately begin turning away Cubans, Haitians and Nicaraguans who cross the border from Mexico illegally, expand on an existing effort to stop Venezuelans attempting to enter the U.S. 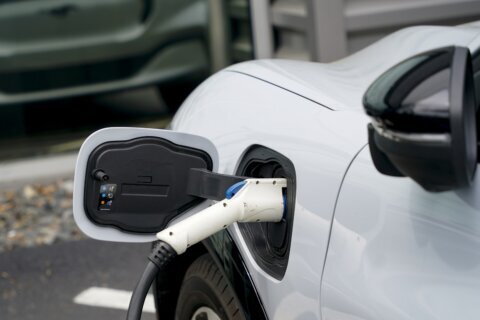 Nevada officials released a man, now wanted in Oregon, the same day he came to a prison to serve a kidnapping sentence